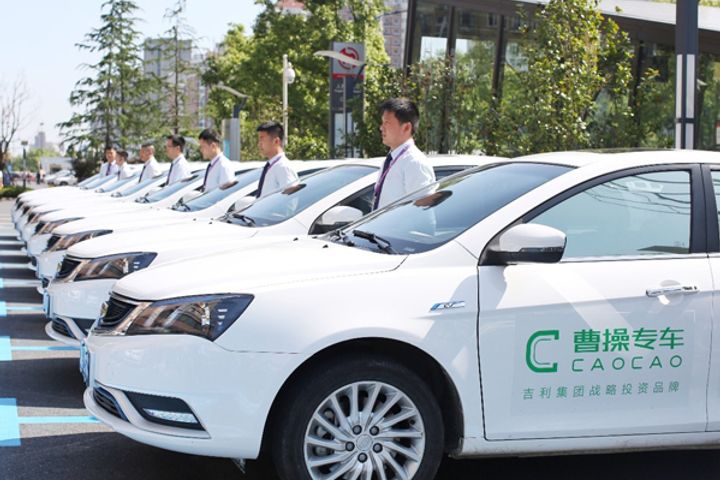 (Yicai Global) Jan. 17 -- Cao Cao, a new-energy ride-hailing service, has closed its A-round at CNY1 billion (USD155 million) as it plans to offer its services in more regions.

The firm, which is backed by the owner of Volvo's car brand Zhejiang Geely Holding Group Co., plans to trial its services in China's southern city of Shenzhen and southwestern municipality of Chongqing, it said in a statement online today. The latest funding will push the company's market value past CNY10 billion.

China's ride-hailing sector is a cutthroat business. Didi Chuxing Technology Co. drove Uber Inc. from its home market in 2016 by buying its brand and assets in the country, and has now locked horns with its arch-rival around the world. The turf battle in China cost both billions.

Cao Cao hires only full-time drivers and has over 12,000 across 17 Chinese cities. It takes over 150,000 orders every day and in its two years since founding has saved 300,000 tons of carbon emissions and 150 million liters of fuel, it said in its statement.

Geely could be supplying networked vehicles to Cao Cao by 2019, the 36Kr report suggested. The ride-hailing platform may also benefit from Volvo's advanced technologies, such as autonomous driving, and could even use the flying car developed by Terrafugia, which Zheely also owns.