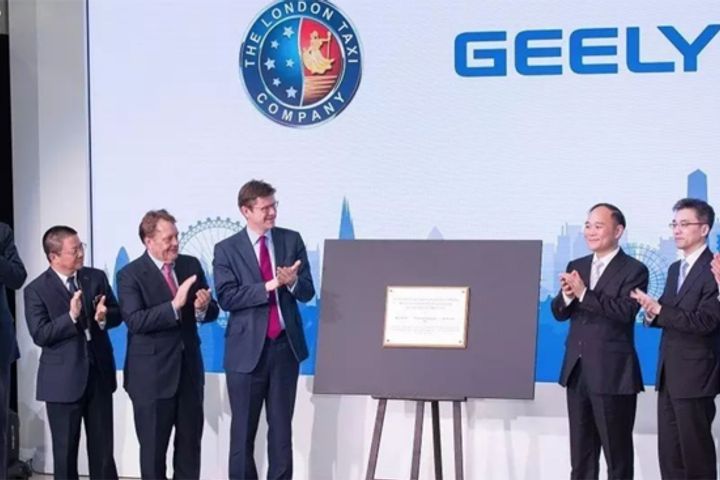 Geely Seeks US Market Entry, Though Its EVs Are Already in Short Supply in London

(Yicai Global) Feb. 2 -- Geely Automobile Holdings Ltd., faced with a shortage of its electric vehicles in London, expects nonetheless to break into the US market in future, said Li Shufu, the company's chairman.

"New energy has become the future orientation, with a continuously-expanding market share. Geely's new energy vehicles in the UK generate zero emissions at 30 kilometers per hour and have a 145-kilometer battery-charge range. Our electric vehicles are now extremely popular in the London market, causing a short supply. A purchase order has further come from Amsterdam for more than 300 vehicles, and we expect our electric vehicles will also land in the US market," Li said on the sidelines of the first bilateral annual prime ministerial meeting & China-UK Economic & Trade 2018 forum held in Shanghai today.

"Geely has invested over £400 million (USD570 million) in the UK in the past few years, creating more than 800 new jobs. It recently built a new plant there to produce green and clean electric vehicles in Geely's first green investment in the country, Li said.

Geely invested £330 million (about CNY2.84 billion) in Coventry, UK to build a new factory to make electric taxis for London, it announced March 23. This marks the first new vehicle factory established in the UK in nearly 10 years and company will also make the first batch of the country's electric taxis. The plant, which will have a maximum capacity of 36,000 vehicles per year, plans to hire about 1,000 staff.