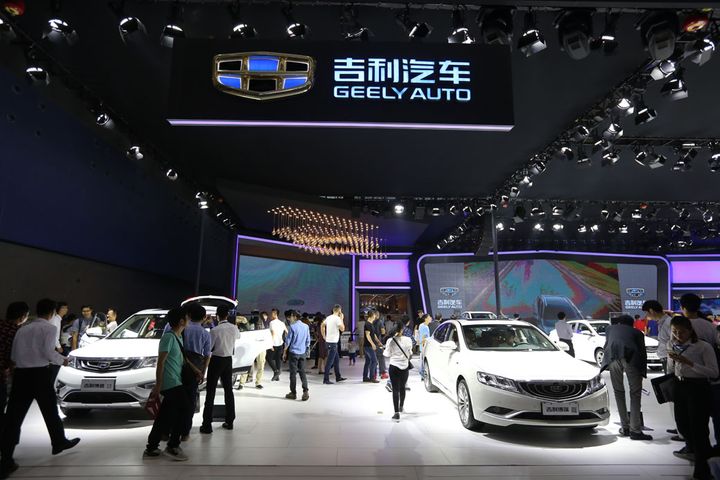 Geely's Snatches Black Taxis Back From the Brink, Turns Pie into Cake

(Yicai Global) July 10 -- After its acquisition by Geely Automobile Holdings Ltd. [HK:0175], London Taxi Company (LTC) has received several rounds of key capital injections in recent years that have now completely freed it from the looming shadow of bankruptcy.

"We are like a pie, which Geely expects to turn into a cake," LTC chief financial officer Philipp Lee said of Geely's plans for the UK company with a long history.

He stated this at the CEIBS 3rd Europe Forum 2017, jointly hosted by China Europe International Business School (CEIBS) and China Chamber of Commerce in the UK (CCCUK), and co-sponsored by Yicai Global, which kicked off in London, UK on July 6. Before the merger, the firm only had more than 100 employees, but now has over 740, Lee noted. Over the ensuing years, it has built up new factories, developed new products, and carried out new design from scratch, whereupon it achieved a totally new supply chain and became a new supplier. Further, it also established a new business system, new infrastructure, a global platform, and even a totally new corporate culture.

As one of the most representative Chinese companies achieving rapid overseas expansion via transnational mergers and acquisitions, Geely is most famous for its 2010 grab of Volvo AB [SE:VOLVB]. In November that same year, Geely began investing in LTC, accomplishing a comprehensive merger in February 2013. In 2015, Geely invested USD37.5 million (CNY250 million) to unfurl its new TX5 vehicle model. After the results of the Brexit referendum, Geely further invested USD387 million (GBP300 million) to create a new production line for range-extended electric vehicles.

Geely's investment brought this old-name company from the verge of bankruptcy back to life. Chairman Li Shufu who resurrected LTC has earned the firm's gratitude, since it would never have achieved this without him, said LTC's chairman Carl-Peter Foster at the inauguration for LTC's new factory at the start of the year in a tribute to Geely's chairman Li Shufu.

Geely is a far-sighted company, in Lee's view. It perceived the value of the taxi industry and people's concern for the environment, and combined these with its own goals of realizing emission-free commercial vehicles. People will in future prefer having someone driving them to buying their own cars and driving personally to their destinations. We hope to bring this vision to life and make our company a piece of valuable cake, he said.

Though a Chinese company acquired LTC, its teams all consist of locals, and sometimes the cooperation of this type is even more efficient than with British companies, said Lee, LTC's Chinese partner defines demanding goals for our business, and LTC fulfills them, which imposes an extra duty on LTC. They are clear that LTC is adapting smoothly to this model, said Lee, who makes five or six round trips between China and the UK each year to strengthen ties.

Geely's long-term strategy is that LTC is both a starting point and a core factor that gives play to UK research and development of new energy vehicles and advantageous talent and offers diversified solutions for future urban transport worldwide. This move is thus precisely the first step in the internationalization of Geely's commercial vehicles.