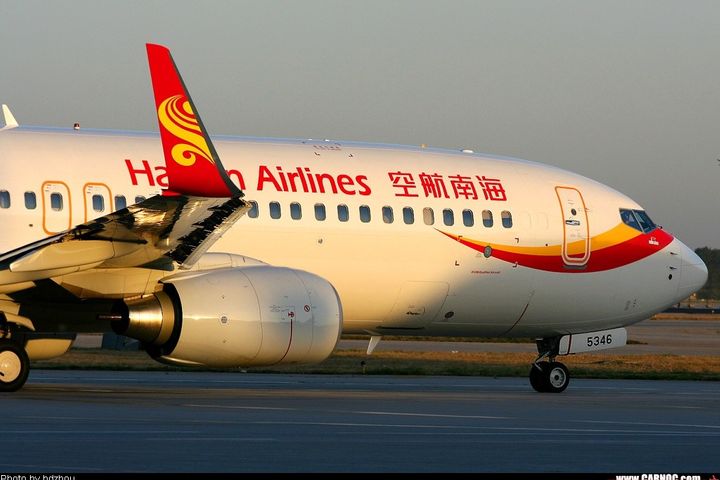 (Yicai Global) July 27 -- Global Eagle Entertainment Inc. [NASDAQ:ENT] (GEE), a US provider of in-flight entertainment systems, filed a report with the US Securities and Exchange Commission, saying that its agreement with HNA Group Co. subsidiary Beijing Shareco Technology Co. was terminated as the companies failed to obtain approval from the Committee on Foreign Investment in the United States (CFIUS), Caixin.com reported yesterday.

In November, Sharedo announced plans to become the largest GEE shareholder via its wholly-owned subsidiary, Delaware-based Shareco Group of America Inc., in a transaction valued at USD416 million. Shareco said it intended to raise money for a cash payment through debt financing and commercial bank loans.

The scheme was divided into two stages. Shareco would subscribe to newly-issued shares to hold a 9.9-percent stake in the first stage, and then increase its holdings to 34.9 percent by buying new and old shares in the second.

The two sides planned to set up a joint venture in China. "This will be an overseas investment with great synergies," said Sun Qijie, chairman of Shareco. "The investment will widen the gap between Shareco and its domestic rivals, propel the rapid development of China's aerospace Internet market, and help GEE become the world's largest supplier of IFC [in-flight connectivity] solutions and IFE [in-flight entertainment] content."

With the deal off the table, GEE said in its SEC submission that it will continue to discuss Chinese market cooperation opportunities with HNA Group.

Shareco is listed on the new third board and was incorporated in August 2012 as an HNA Group affiliate. Shareco focuses on IFC technology development and in-flight eco-platform operation. It has entered into aerospace internet modification and operation agreements with several associated airlines under HNA Group, boasting the rights of refitting and servicing about 500 aircrafts.

GEE is the world's third largest supplier of IFC solutions, the largest distributor and supplier of IFE content and the top maritime satellite communications operator. It serves more than 200 airlines around the world, has installed and serviced equipment on more than 700 aircrafts. Its business territory covers North America, Asia, the Middle East, Europe, Africa, Oceania and South America. It provides copyrighted content, including movies, television, audio and games and has a cornered the in-flight game market.