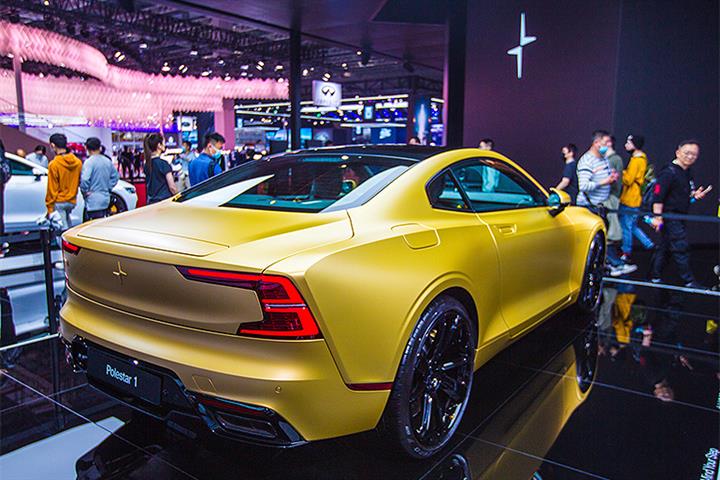 (Yicai Global) Sept. 29 -- Polestar, a Swedish electric carmaker owned by Volvo and its parent company China’s Geely Automobile Holdings, has applied to go public in the US through a backdoor listing with a so-called blank check firm, and despite mediocre sales is expecting to be valued at USD20 billion.

Gores Guggenheim, which has a market valuation of USD990 million, will be the special purpose acquisition company that facilitates the listing, according to the initial public offering prospectus. SPACs have cash but no actual operations or other assets and are listed on the US stock market. They choose companies with high development potential to conduct a reverse merger, allowing the target company to go public.

Polestar will receive about USD1 billion in cash proceeds after the merger which it will use to start mass production of another three vehicle models, Polestar Automotive Holding UK said recently. The Gothenburg-based firm will also receive USD250 million in private equity investments and USD800 million in cash to be held in Gores Guggenheim’s trust account.

Polestar already has two cars on the market, the Polestar 1 and Polestar 2. The former is a limited-edition model costing around CNY1.5 million (USD224,025). The latter is benchmarked against the Tesla Model 3 and has a starting price of CNY252,800 (USD39,100).

The firm is on target to sell 29,000 Polestar 2 cars this year which will bring in revenue of USD1.6 billion, it said in the prospectus. It expects deliveries to grow at a compound annual rate of 78 percent over the next four years, to reach 290,000 units by 2025. Yearly revenue should increase by 83 percent to reach USD17.8 billion that year and it should break even that year.

Sales, though, remain lackluster. Polestar was not among the two 20 new energy vehicle marques sold in the European and American markets in the first half. In China, Polestar has recalled 110 Polestar 2 vehicles since its debut in October last year. Only 24 Polestar 1 models and 342 Polestar 2 models were insured in 2020, according to China’s motor vehicle insurance data.