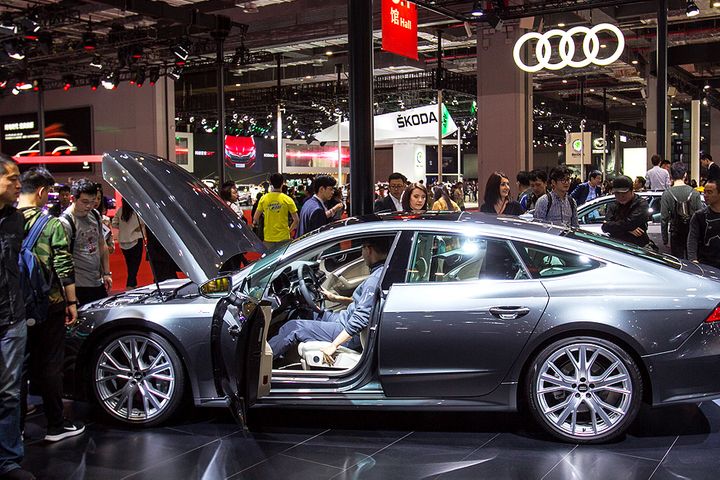 BMW delivered 723,680 vehicles, including Minis and Rolls-Royces, to Chinese customers, up 13.1 percent from the previous year and marking its best-ever performance since entering the country in 1994, according to its latest sales data.  Audi sold 690,000 vehicles, up 4.1 percent, and Mercedes-Benz, including Smart, boosted sales by 6.2 percent to 693,000, their respective sales figures show.

All three of the carmakers grew sales at in China at more than double their global average rates, and made between 27.8 percent and 38.3 percent of their worldwide sales in the country. The China Association of Automobile Manufacturers predicted in October and December that the nation's auto sector would decline by 8 percent to around 26 million vehicles sold last year, following the market's first decline in over two decades in 2018.

"China has gradually become BMW's global strategic leading market over the past 26 years," Gao Le, regional president of BMW Group, said on Jan. 10. "China is not only BMW's largest single market but also a global innovation center and new energy production, research and development base," he added, saying the firm expects to see solid sales growth in China in 2020.

China is the world's most important market for Germany carmakers and parts suppliers, Xinhua News Agency quoted Ferdinand Dudenhoeffer, director of the University of Duisburg-Essen's automotive research center, as saying.

Some 31 percent of Germany auto industry sales come from China and they make up 40 percent of revenue, he continued, saying China-Germany ties and the massive Chinese auto sector make up a large portion of German manufacturers' global success.