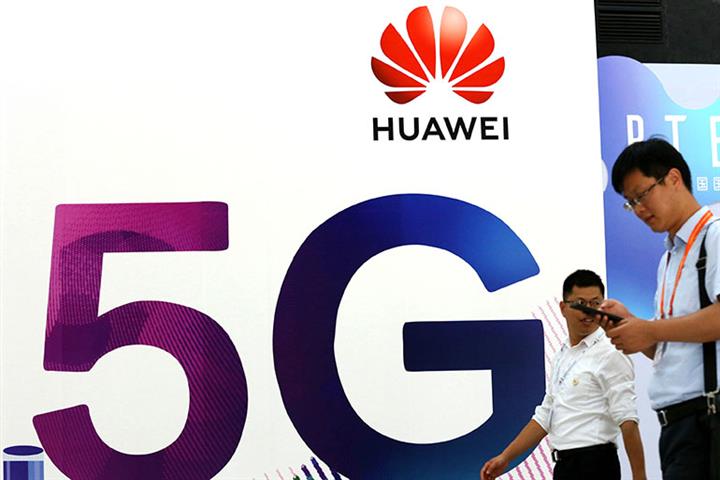 (Yicai Global) July 15 -- The German government yesterday reiterated its stance that it will not block individual companies such as Huawei Technologies from the construction of the country’s fifth-generation mobile networks, the China News Service, the country’s second largest state-owned news agency, reported today.

Germany's construction of 5G networks will not exclude Huawei, Peter Altmaier, Minister of Economic Affairs and Energy, told German newspaper Frankfurter Allgemeine Zeitung on July 11. Certain types of equipment will only be removed when there is evidence that they pose a threat to national security, he added.

The remarks come after the UK banned the Chinese telecoms giant from participating in its 5G networks yesterday. The UK government will cease buying new Huawei equipment from Dec. 31, said Oliver Dowden, the UK's Secretary of State for Digital, Culture, Media and Sport, adding that British telecom providers must remove all Huawei devices from their 5G networks by 2027.

Huawei is disappointed at the news, Edward Brewster, spokesperson for Huawei UK, told Yicai Global yesterday. Such a decision will deprive the UK of access to the best technology and seriously delay the rolling out of 5G across the country, Vice President Zhang Jiangang said earlier in May. The Shenzhen-based company is now urging the British government to reconsider its decision.

“In view of the extremely great importance of 5G for Germany’s future competitiveness, the hardware and software used in the roll-out of 5G must meet the highest security standards,” Altmaier said in October 2019.

As a result, the German government decided last year to introduce new security requirements for telecommunication system operators and service providers. However, it maintains a neutral and equal position towards both technologies and manufacturers and will not shut out specific participants from the outset, the Ministry said.

Chancellor Angela Merkel has also said multiple times that the country will not exclude any specific company from participating in its 5G network construction as it wants to create a level playing field for vendors.