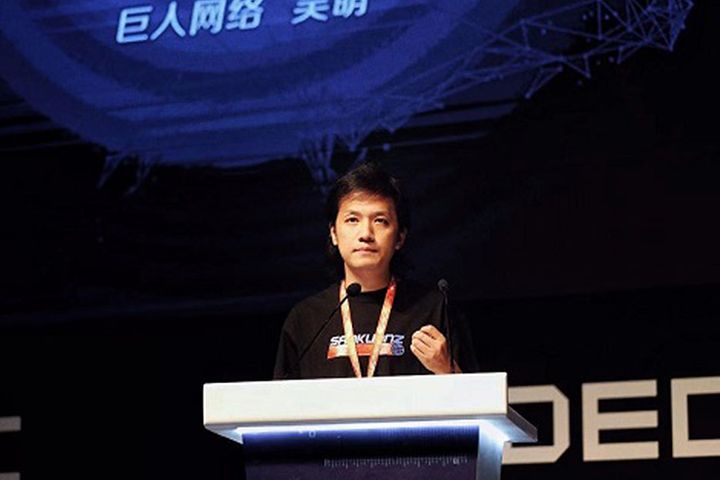 Giant Network Promotes 34-Year-Old to Co-CEO, Betting on Youth to Keep Gaming Firm on Its Toes

(Yicai Global) Jan. 2 -- Giant Network Group has promoted 34-year-old Vice President Wu Meng to co-chief executive as part of the online game developer's strategy to keep its core management team young in a bid to keep up with intense competition in a rapidly changing market.

Wu will share the CEO seat with President Liu Wei, the Shanghai-based company said on its website today. He will oversee overall business operations and Liu will be in charge of investment and public functions.

China's online gaming market is worth more than CNY200 billion (USD28.7 billion), Liu said last month at the China Game Industry Annual Conference. There are around 500 million gamers in the country, 200 million of whom are teenagers. The age group of first-time gamers has dropped to children between six and 14 years old as mobile phones and other electronic devices become more accessible to youngsters, he added.

Giant Network was the largest private Chinese company to go public in the US when it listed on the New York Stock Exchange in 2007. It delisted in 2014 and entered the Chinese stock market through a back-door listing in 2016.

Wu co-founded the game company Dovo Technology in 2007 where he headed development of a number of online games. He joined Giant Network in 2012 and was responsible for producing Battle of Balls, a mobile game that has become a major earner for the firm with up to 20 million daily active users.