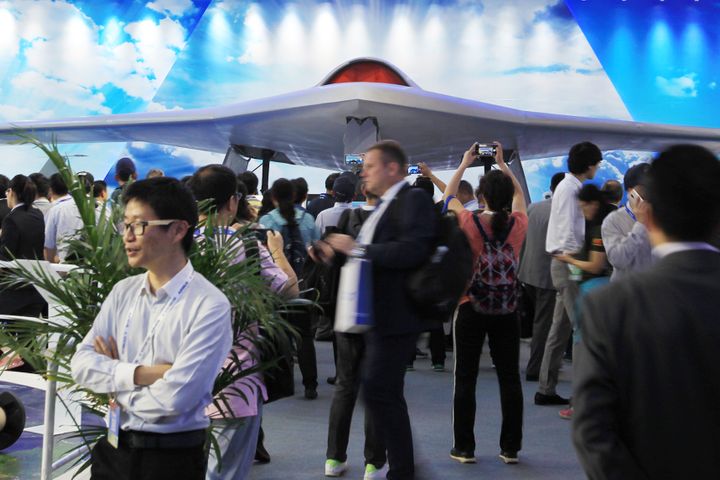 Global Drones Output to Be Worth Over USD400 Billion in Decade, Chinese Jet Maker Says

(Yicai Global) Nov. 7 -- The global drones market will keep on growing at a promising rate, according to a Chinese state-owned aerospace firm.

The output value of unmanned aerial vehicles will retain an annual growth rate of above 20 percent in the next decade, state-owned Xinhua News Agency reported, citing data from the Aviation Industry Corporation of China. The Beijing-based firm published the report at the Zhuhai Airshow 2018 that opened yesterday.

The global investment in UAVs has increased 30 times compared with 20 years ago, AVIC said. The annual production is worth about USD15 billion, and in the next 10 years, the total output value will exceed USD400 billion.

So far the military is the largest purchaser of new drone technologies, but the white paper esteemed civilians to drive future growth in the field. UAVs can be used for aerial photography, agricultural protection, security monitoring, and logistics, the report suggested.