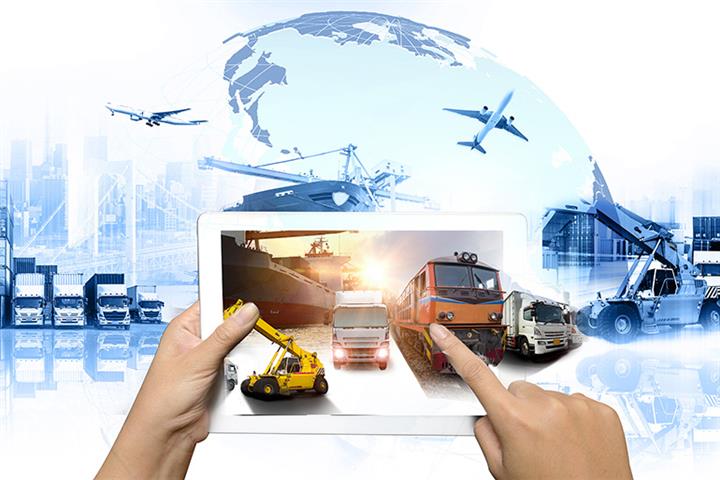 Globalization Is ‘Too Powerful’ to Die, RAND’s Kumar Says on Covid-19 Fallback

(Yicai Global) May 12 -- The global supply chain can bounce back from disruptions caused by the Covid-19 pandemic as globalization is “too large and too powerful a force to completely die out,” according to RAND’s Director of International Research and Senior Economist Krishna B. Kumar.

“During any recession, there are calls for protectionism,” Kumar said on country reactions to the novel coronavirus, such as senior members of US President Donald Trump’s administration suggesting the US encourages American firms to return home despite the costs of doing so.

It is tough to decipher what is risky and what is cautious when many states are considering easing restrictions, he added, saying stimulus packages may have a limited effect and describing the US’s overall eaction to Covid-19 as a mind-boggling response to an unprecedented crisis.

Yicai Global: Italy has reopened, but we know easing restrictions is complicated. What’s your take on the ‘when’ and ‘what’ regarding similar moves in the US

Krishna B. Kumar: Different regions of the United States have been hit to varying degrees by the pandemic. Some of the hotspots such as New York, Los Angeles, San Francisco, and Washington State have been the hardest hit and the slowest to end their lockdowns, and one can understand the reluctance. Other parts are trying out different degrees of opening up. Balancing the economic needs of people who have suffered because of the lockdown and ensuring there isn't a second wave of infections after reopening (as has happened in Hong Kong, Japan, and Singapore) is very tricky, especially given the many unknowns that remain with this virus.

US States have considerable leeway in the strategies they want to pursue and depending on the economic and health pressures, they have been following a wide variety of strategies. Those who are opening up have social distancing restrictions and limits on the number of people who can gather, though enforcement will always be a challenge.

Only time will tell who is being too cautious or too risky.

YG: Do you think the fiscal package enacted by Congress is enough to sustain the economy?

KK: The USD2.2 trillion CARES package [Coronavirus Aid, Relief, and Economic Security Act] enacted by Congress is the largest ‘stimulus bill’ ever in the country's history to come to the aid of individuals, small businesses, corporations, state and local governments, and public services, and amounts to over 10 percent of gross domestic product! And this was done in a relatively timely and bipartisan fashion. The Federal Reserve has also pulled out all stops -- in addition to setting interest rates to near zero, it stands by to buy unlimited assets of various kinds to ensure enough liquidity. Put together it is a truly mindboggling response to an unprecedented crisis.

A few points. Recall this is a health crisis that has resulted in an economic crisis. And the US economy was very strong in the aggregate (despite distributional issues) pre-crisis. Therefore the standard stimulus calculations might not apply. This was not an economy in the doldrums that had to be stimulated. Rather it is an economy that was running along quite nicely that was tripped suddenly by the virus and is needing help to stand up again, let alone run. So the CARES package is really a ‘care package’ rather than a traditional stimulus bill.

Second, on a related note, putting money in the hands of people can tide them over but cannot stimulate spending on a large scale until the health crisis is addressed. In some of the places that have technically reopened, businesses and individuals have been reluctant to open and venture out due to health concerns. Stimulus might have limited effect in such cases.

Third, many are calling more to be done, especially for the state and local governments -- badly hit states are staring at major hits in revenues and might be forced to furlough a large number of employees adding to the unemployment problem. US states cannot technically run deficits and have to issue bonds to cover shortfalls. These calls for aid to states are balanced by concerns about the already large national deficit. As in any disaster, initial aid is easier to enact than later, especially for more finely tuned proposals such as the current push to fund state and local governments.

YG: With the unprecedented high level of unemployment, would you compare this crisis to the Great Recession? What do you expect from safety net programs like unemployment insurance?

KK: The Great Recession was a financial crisis brought about mainly by defaults in subprime mortgages. It spilled over to the real economy relatively rapidly but not instantaneously. The current crisis is a health crisis that derailed a strong economy. To use the runner analogy above, when the virus tripped the economy, the fall was near instantaneous, rather than during the Great Recession when the runner was injured but kept hobbling along. So these are very different situations. While the highest unemployment rate during the Great Recession was around 10 percent (in 2009), the current rate is likely to be 20 percent, approaching the Great Depression peak of 24.9 percent (in 1933). Of course the big question is can the unemployment rate go down as quickly as it went up with a V-shaped recovery? Given the uncertainties surrounding the virus (for example, how large will a resurgence be in the fall, if there is one), such a rapid turnaround seems unlikely, but getting this high level of unemployment down explains the motivation on the part of many to reopen.

The CARES package had a USD260 billion provision for expanded unemployment benefits (which are provided by the states in the US). The unemployment insurance system (or any safety net system) cannot and should not be designed for the worst ever case. Naturally this system which was dealing with record low unemployment rates around 3.5 percent has been hit with near 20 percent unemployment and is staggering under the load. As in any country, great crises such as these expose underlying structural weaknesses, and there is likely to be calls to reimagine and redesign the social safety net system, especially paying attention to integrating the various components such as unemployment insurance, food assistance, and trade adjustment, not to mention healthcare. Flexibility, innovation, and entrepreneurship have traditionally been strong comparative advantages of the United States and they'd all have to come together to deal with the safety net and other challenges during this crisis.

YG: Senior people in the Trump administration suggested the U.S. is encouraging American companies to return home, but we know it will be costly. What do you make of the opportunities and risks?

KK: During a pandemic such as this, there is an impulse on the part of many countries to become strategically self-sufficient. Whenever you contravene the principle of "comparative advantage" -- countries producing goods according to their relative advantages resulting in sourcing from locations with the lowest unit cost -- you are going to pay more for inputs and goods. Countries are weighing this against the strategic advantage of local production. This is especially true for critical medical equipment such as masks and other PPE, which will be needed if there is a resurgence of the virus in the fall. The nationalistic rumblings you are hearing from some countries even before vaccines are ready of wanting to cater to local populations first does not help in containing the urge countries have to become self-sufficient.

One hopes this impulse is limited on the part of countries to critical intermediate and final goods rather than all products and we are still left with a global trading system that is largely intact.

YG: Do you think the shift in the global supply chain is irreversible? Do you believe globalization is coming to an end?

During any recession, there are calls for protectionism. This happened during the Great Recession and countries did enact protectionist measures, but some argue this was not as bad as predicted. You are likely to hear such protectionist calls this time around too. But do we really expect trade agreements such as CPTPP [Comprehensive and Progressive Agreement for Trans-Pacific Partnership] or the USMCA [United States-Mexico-Canada Agreement] to be shredded because of the pandemic? Globalization is too large and too powerful a force to completely die out. It has wreaked distributional havoc in rich countries including the United States and that issue does need to be addressed, and soon. But I think Nayan Chanda usually has the last word when it comes to globalization. In his book Bound Together he wrote: "Calls to shut down globalization are pointless because nobody is in charge.”

YG: What do you worry about most in a post-Coronavirus world?

This phrase is being used to refer to social distancing, wearing face masks, disinfecting surfaces constantly, etc. as some parts of the world reopen after their safer-at-home initiatives. By extension, this phrase also includes the inward-looking posture many countries and societies have adopted, often out of necessity, for example, travel restrictions.

This is not the new normal. This is the new abnormal. If we accept all this as the new normal during any period except the short term, the virus has effectively defeated humanity. Instead, we should come together as a world, with transparency, openness, and a constructive and collaborative spirit to defeat the virus and build a robust global health system so that life can go back to the old normal. The teleconference the European Union organized on Monday [May 11] to bring countries from around the world together to raise money for vaccine research is only the start. Much more needs to be done.

We sink or swim together. The future of humanity is at stake.