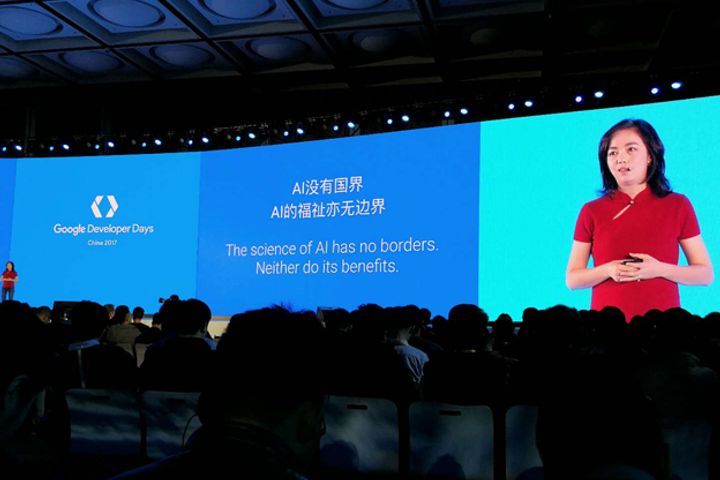 (Yicai Global) Dec. 13 -- Google, the Alphabet Inc. [NASDAQ:GOOGL] search engine unit that remains blocked in China, will open an artificial intelligence center in that country's capital as the international AI race rages on.

The facility will focus on basic research, Li Fei-Fei, the chief scientist of AI and machine learning at Google Cloud, said at the Google Developer Days event in Shanghai today. Li Fei-Fei, who is also the director of the Stanford Artificial Intelligence Lab and the Stanford Vision Lab, and Li Jia, head of research and development at Google Cloud, will lead and coordinate work at the facility.

"I believe AI and its benefits have no borders," Li Fei-Fei wrote in a blog post today. "Whether a breakthrough occurs in Silicon Valley, Beijing or anywhere else, it has the potential to make everyone's life better for the entire world."

The global AI industry is set to be worth USD59.7 billion by 2025, per market research group Statista data. The State Council, China's cabinet, unveiled an AI development plan in July, vowing to make the value of the country's core AI industries exceed CNY150 billion (USD22.7 billion) by 2020, CNY400 billion by 2025 and CNY1 trillion by 2030.