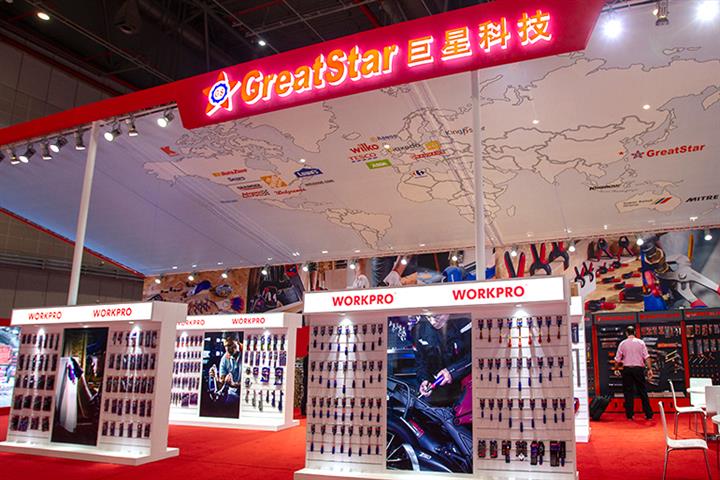 (Yicai Global) March 30 -- Great Star’s shares jumped after the Chinese toolmaker said it will spend EUR27.9 million (USD32.8 million) to acquire the assets of an insolvent German competitor, an acquisition that will make it the world’s main supplier of pneumatic nailers and related consumables.

Great Star will buy 15 subsidiaries of Joh Friedrich Behrens in an all-cash deal, the Hangzhou-based company said in a statement yesterday. It has promised to re-hire most of the German manufacturer’s staff and will also meet any unfulfilled deliveries.

Ahrensburg-based Behrens, which has debts due of EUR40 million (USD46.97 million), has initiated debtor-in-possession proceedings in its home country.

Its subsidiaries include BeA Fastening Systems, founded in 1910, whose branded nail guns and consumables have a leading market share in Europe. Other units have complete warehousing, logistics and distribution systems in many European countries and the US, the statement said, adding that the acquisition will also help other Great Star products to enter traditional distribution channels in Europe.

Established in 1993, Great Star has business in many sectors including tool manufacturing and laser products. Its operating revenue rose almost 29 percent last year to CNY8.53 billion (USD1.3 billion) thanks to surging market demand.