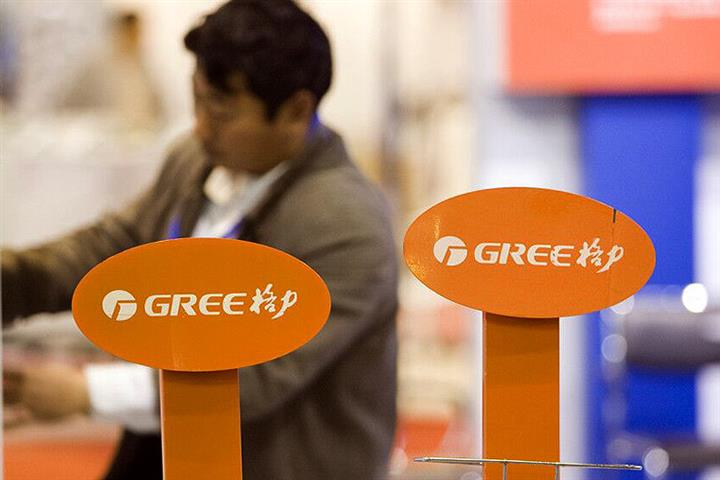 (Yicai Global) July 15 -- Leading Chinese home appliance maker Gree Electric Appliances Inc. of Zhuhai is expected to realize net profit of CNY6.3 billion to CNY7.2 billion (USD1 billion) in the first half, pushed down 48 percent to 54 percent on the year by the Covid-19 pandemic and shifting company sales patterns.

The decline will be much narrower than the 72 percent of last year’s first-quarter, according to the performance forecast it released yesterday.

The Guangdong province-based electronics producer wrung out about CNY69.5 billion to CNY72.5 billion in revenue in the half, down 26 percent to 29 percent from last year, per the statement. It posted revenue of CNY20.4 billion in the first quarter in a 49.7 percent drop.

Sales and installation activities of the air-conditioning industry’s end user market were affected, and consumer demand slackened during the epidemic, Gree said. The company’s sales revenue slumped CNY30 billion due to the pandemic in the first quarter, its chairwoman Dong Mingzhu had previously said.

Dong began to try to bring goods online to promote Gree’s channel transformation in the second quarter. The firm sold CNY10.2 billion worth of products in this year's 6.18 live-streaming campaign. These live broadcasts in the second quarter have not yet completely stemmed its first-half revenue and profit rout, however.