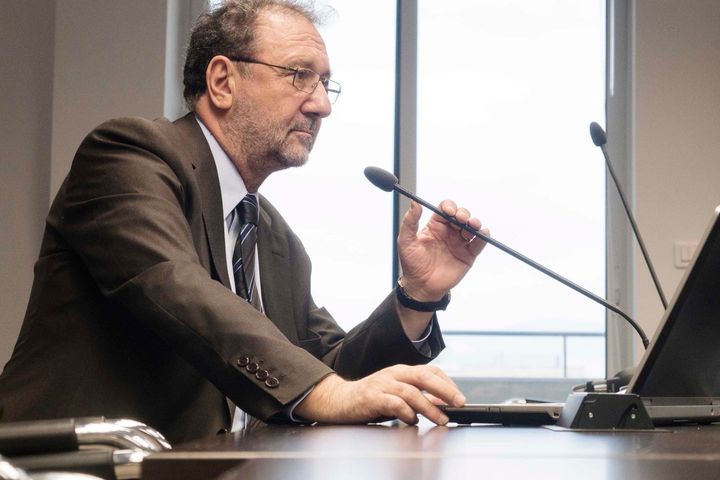 (Yicai Global) Dec. 1 -- The people of Greece increasingly view investment in the country from China in a positive light amid severe economic issues in the country. This is despite some reluctance during initial stages of cooperation between the two countries, said Greek Deputy Minister of Economy and Development Stergios Pitsiorlas in a recent interview with Yicai Global.

"At this moment, Chinese businesses are welcomed by both the Greek government, as well as by the people," he said.

During the early stages of China's engagement with Greece, there was a slight hesitancy and an overall negative attitude among the Greek people toward Chinese investment in the country due to the high levels of living standards and social contributions enjoyed at that time, Pitsiorlas said. They perceived the process of globalization and opening-up as a threat to these standards to which they had become accustomed.

Economic difficulties continue to weigh heavy on Greece and this may have influenced changing attitudes in the country toward inward investment from China. The country fell into recession again last year, with the economy recording an overall contraction of 0.2 percent, data from the country's national statistical service ELSTAT show.

Key challenges facing Greece at present include high unemployment, non-performing loans and a mountain of public debt. Unemployment remains at 20.6 percent despite some improvements in recent years, while public debt represents close to 180 percent of national output, Reuters reported in October. Greece's general government-debt-to-GDP ratio stood at 175 percent as of the end of the second quarter this year, the highest reading among all Eurozone countries, data from the European Commission's statistics provider Eurostat show.

Investment from Chinese businesses constitutes a major opportunity for the country to combat the economic woes it faces, and this could represent a key factor in changing attitudes toward such investment. "The whole process has evolved to create a new situation. Nowadays, it is the people as well as the government who expect to see positive results through the cooperation between Greece and China," Pitsiorlas said.

Despite concerns among European countries regarding Chinese acquisitions of companies on the continent, Pitsiorlas expressed that globalization has reached a point of no return, and it would not beneficial to put up obstacles to its development, especially if regulatory rules are established to ensure that its effect is beneficial to all. Speaking on Chinese investment specifically, he said, "there should be rules to allow China to be active in investing in Europe and vice-versa so that Europe can be active in China on the same terms."

Recent major cases of Chinese investment include the COSCO Shipping's cooperation in the development of Piraeus port and the participation of China's State Grid as a strategic investor in Greek power grid operator ADMIE. Pitsiorlas spoke highly of the positive results achieved so far through such cooperation, especially that of Piraeus port. The port improved on its ranking for annual container traffic, going from 44th in the world last year to 38th in 2017, he pointed out.

He expects the transport and energy sectors to remain areas of priority regarding Chinese investment going forward and expects further opportunities for cooperation. Sectors holding particularly high potential for investment include renewable energies, electricity distribution, and lignite resources, and Greece could become a hub for such projects in African markets, Pitsiorlas said.

Greece has taken a leading role in Europe in the development of China's One Belt, One Road Initiative, aimed at creating economic, infrastructure and trade links between Asia, Europe and Africa. Many countries on the continent deem the strategy controversial, especially due to the lack of reciprocity in terms of investment opportunities, a report from Brookings Institute said.

Greece has embraced the strategy as a key source of investment, assisting the country's development in the face of economic challenges. Pitsiorlas reaffirmed the country's commitment to following the guidelines set out in the 2017 One Belt, One Road Forum. "We think that Greece can contribute and help to create a 'European' attitude toward the One Belt, One Road strategy, which is productive," he said.