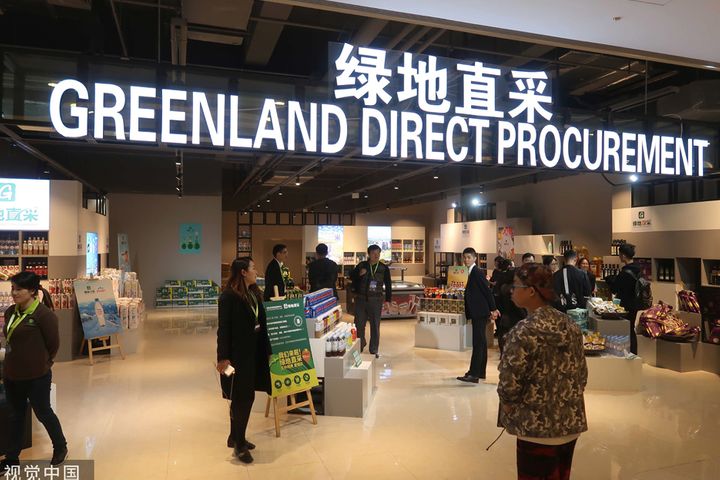 (Yicai Global) Nov. 21 -- Chinese businessmen continue to spend freely to buy up foreign-made merchandise in Shanghai, even after the 2019 China International Import Expo ended more than ten days ago, according to local property developer Greenland Holdings.

The company which owns and operates the Shanghai Greenland Global Commodity Trading Hub, a perennial exhibition and trading platform for the expo, said yesterday, that since the CIIE ended on Nov.10, over 200,000 visitors to the hub have signed deals worth CNY20 million (USD2.85 million), and generated CNY6 million in retail sales.

The 75 buyers who made bargains are mainly from the eastern Chinese provinces of Guangdong, Zhejiang and Jiangsu, and Shanghai and Beijing, though some foreign buyers also stopped by to ink contracts.

Pure wool kneepads made in Mongolia were the most sought after goods in the hub, Greenland said.

Greenland Holdings had spent almost USD1.6 billion at this year's Expo. It has expanded the hub beyond Shanghai this year and set up a supermarket chain named G-Super to sell high-end imported goods to middle-class consumers nationwide.