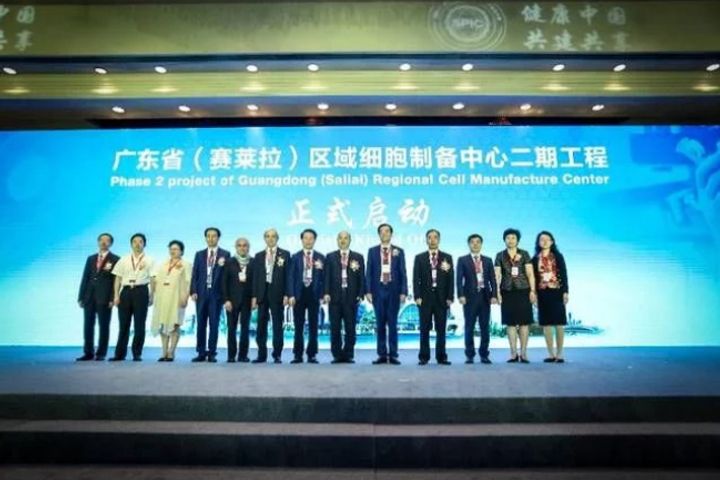 (Yicai Global) May 21 -- A medical association in southern China's Guangdong province has set up an alliance for stem cells and precision medicine linking up the province with the special administrative regions of Hong Kong and Macao, as part of efforts to nurture more enterprises related to the growing sector.

The alliance will use Guangzhou Saliai Stem Cell Science and Technology Co.'s cell preparation center as a platform for the sector, while it also aims to build laboratories, share cell banks and cell preparation products, as well as develop new stem cell drugs jointly with partners.

Saliai confirmed the start of construction for the second phase of its cell preparation center at the conference. Upon completion, the center will store more than 10 million cell units. The company will also build up China's first stem cell pharmaceutical factory and polypeptide drug factory, providing key support for the stem cell industry.

The new alliance will facilitate communication and cooperation between China and the international community in stem cell and precision medicine, said Chen Haijia, chairman of Guangdong Stem Cell and Regenerative Medicine Association, during the conference, adding that it will establish a new pattern for the global stem cell eco-system with the Guangdong-Hong Kong-Macao Greater Bay Area as its base, and Guangzhou as its core.

The Guangdong-Hong Kong-Macao Greater Bay Area consists of nine cities including Hong Kong, Macao, and Guangzhou and Shenzhen in Guangdong Province. The 56,000-square-kilometer city cluster is benchmarked against the New York, San Francisco, and Tokyo bay areas, with a population totaling 66 million.