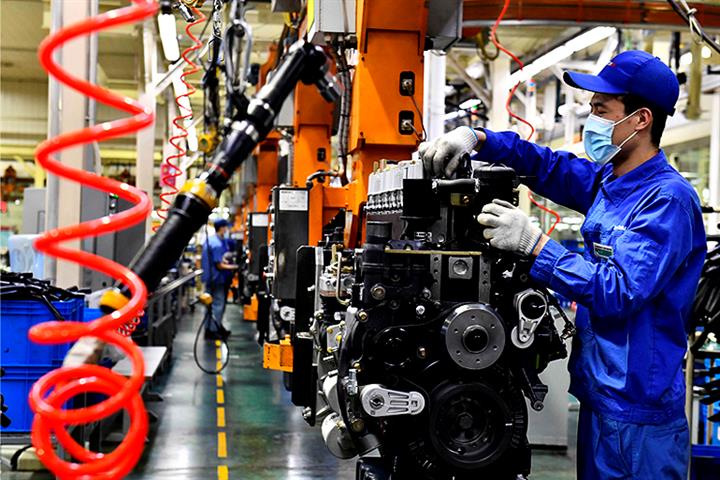 (Yicai Global) May 28 -- The authorities have started limiting the amount of electricity supplied to manufacturers in Guangdong province, China’s economic powerhouse, Yicai Global has learned, as the country’s energy demand climbs along with its economic recovery.

For the first time in many years, manufacturers in the southern province received notices this month about power rationing. They can now operate normally just four days a week, according to many firms in the provincial capital of Guangzhou and the big cities of Foshan, Dongguan, Zhongshan and Jiangmen.

Guangdong’s energy bureau said on May 21 that electricity demand has surged this year. From January to April, power use by manufacturers jumped 32 percent from a year earlier, while the service sector used 40 percent more. To make matters worse, southwest Yunnan province still has not entered the flood season, so Guangdong cannot tap its hydropower.

“It’s the first time we have encountered such regular, large-scale and long-term power regulation since our company was founded in 2013,” said a source at a medical devices maker in Guangzhou.

After the Labor Day holidays, the company was able to operate just five days a week, as specified by the local power department. The latest notice, issued on May 26, now limits the firm to a four-day week.

Power cuts are usually scheduled only once or twice during the summer months so that essential repairs can be made to equipment and distribution networks.

“If [power cuts] last for only one or two weeks, it has little impact” said a human resources manager at Flexicare Medical. “But if it lasts all summer, we’ll fail to deliver our products on time. We may need to use air transport to make up for delayed deliveries. That would lead to higher operating costs and in the long run, it could also affect our brand reputation.”

Dongguan-based Flexicare has been following the power department’s requirements, producing goods only five days a week since May 21. The firm should abide by the rules until the end of this month. It has not yet received any notice concerning June. Orders with a relatively clear delivery date have been scheduled for July and August.

For exporters with tight orders, the impact on business will be even more pronounced if production capacity is limited and goods cannot be delivered on time.

Lu Yinghao, who heads up a hardware manufacturer in Jiangmen, told Yicai Global that his company is using two generators to produce goods with tight delivery dates during this period. The firm has also brought in night shifts, which avoid peak power demand times, but night workers are less efficient at their work.

“It’ll have a huge impact on our exports, especially because shipping containers need to be ordered and paid for in advance,” Lu said.