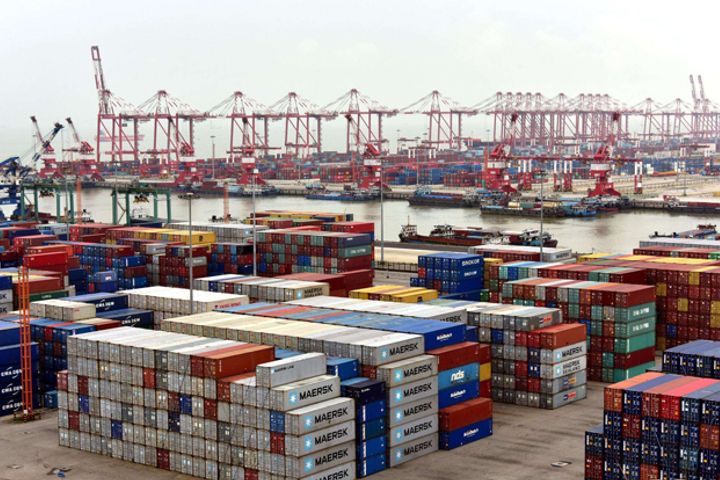 (Yicai Global) Dec. 19 -- The Port of Guangzhou and Port of Dongguan are kicking off a bid to pool logistics resources to create a world-class hub.

Port of Guangzhou and Dongguan Port Group Co. have signed a cooperation framework agreement in Guangzhou, the capital of Guangdong province, and will build a shipping system that shares their resources to integrate the two cities' ports.

The Port of Dongguan focuses the bulk transport of commodities such as grain and coal. The Port of Guangzhou is an important piece in the national comprehensive transport system and the main transit port for energy supplies and raw materials in Guangdong. It is a major distribution center of key supplies such as oil products, coal and grain in the economically developed region near the mouth of the Pearl River.

Accelerating integration in the region is conducive to local economic development, said Peng Peng, vice-president of the Comprehensive Reform and Development Research Institute of Guangdong Province.

The Port of Guangzhou has expanded the hinterland of its port services through cooperation with ports along the Pearl River and the construction of dry ports in inland areas in recent years, Peng said.

Bringing together port resources is vital for elevating the Guangdong-Hong Kong-Macao Greater Bay Area to the world-class level, said Peng.

The Guangzhou and Dongguan municipal governments signed a series of pacts in September, proposing that the cities link their ports.