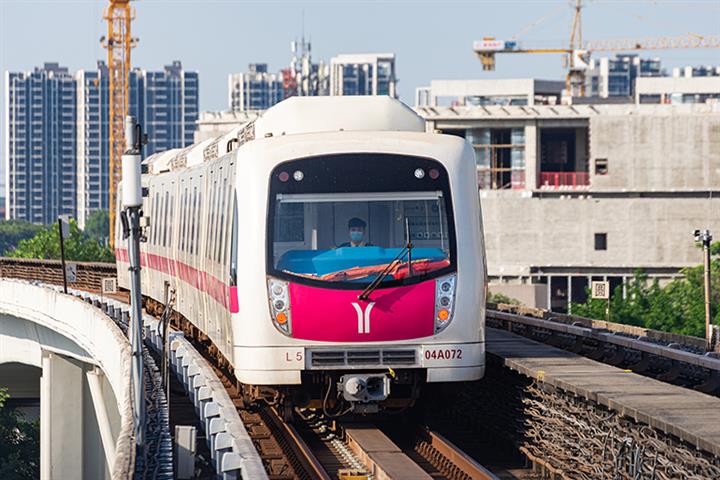 Guangzhou to Enable Max 60-Min Trips to Shenzhen, Dongguan by 2035

(Yicai Global) Aug. 5 -- Southern China's Guangzhou, which has China's third-largest metro network, will expand its rail transit system to make journeys to cities such as Shenzhen and Dongguan no longer than 60 minutes by 2035.

The capital city of Guangdong province will increase its metro network to almost 2,030 kilometers by 2035, the municipal bureau for planning and natural resources wrote in a recent roadmap.

Guangzhou will add 30 metro lines to its earlier plan to have 53 lines in total in 13 years. This means that for each 100 million residents, there will be 101 km of metro tracks, only second to Beijing which has a corresponding figure of 109 km. Currently, Guangzhou has 16 metro lines with a total length of 621 km, shorter than those of Shanghai and Beijing.

Guangzhou will build five inter-city subway lines that reach speeds of up to 160 km per hour. Consequently, some 28 lines will connect to external railways and form a 60-minute circle of transport between Guangzhou and cities such as Foshan, Zhongshan, and Zhuhai.

Guangzhou is not only developing its own subway network but also introducing benefits to other cities in the Pearl River Delta, Peng Peng, chief executive of the Guangdong System Reform Research Society, said to Yicai Global. The maximum speed of 160 km per hour is similar to inter-city railways, he added.

Guangzhou can bring its advantages in resources into full play, Qin Jian, deputy director of an economics institute at the Guangzhou Academy of Social Sciences, said to Yicai Global. It can enable cities to connect with each other and promote mobility regarding people, goods, and capital while accelerating the integration of traffic, industry, and market, he added.

Still, the municipality must take into consideration economic and social development and local governments’ fiscal expenditure capabilities in the Guangdong–Hong Kong–Macau Greater Bay Area to form an integrated network, Qian said. The region should explore innovative financing, construction, operation, and management patterns to achieve social and economic benefits, he suggested.