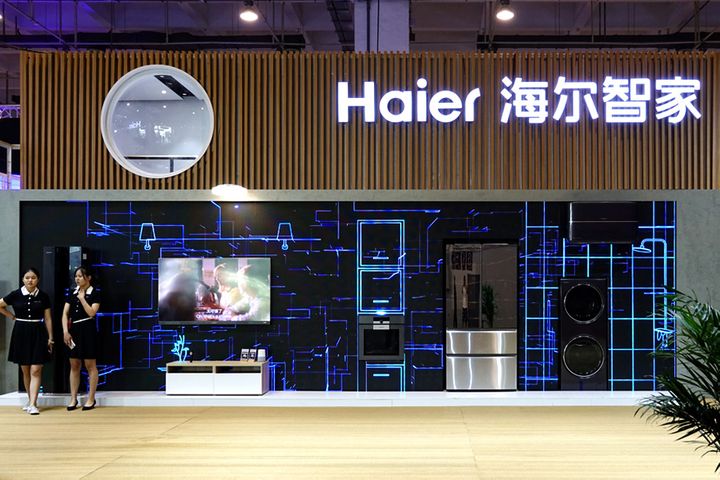 (Yicai Global) Aug. 30 -- Haier Smart Home, one of China's biggest appliance makers, boosted revenue by almost 9.4 percent in the first half as it turned to overseas markets amid a waning Chinese appliance sector.

The Qingdao-based firm brought in CNY99 billion (USD14 billion) from January through June, with net profit attributable to shareholders up 7.6 percent at CNY5.2 billion, according to its interim report published yesterday. Its share price [SHA:600690] was up 2.1 percent at CNY15.88 (USD2.22) as of 9.51 a.m.

Its overseas income made up CNY46.3 billion of the total, up 23.6 percent in value and making up 47 percent of total revenue, 5 percentage points more than the year-ago period.

Sales at home, however, slid 1 percent on the year to CNY52.2 billion as revenue across China's home appliance market slumped 4.9 percent to CNY465.6 billion, its lowest since 2012.

One of the biggest contributors to Haier's overseas income was the EUR475 million (USD525 million) acquisition of Italian manufacturer Candy, which increased its market share across France, Italy, the United Kingdom, Ireland and Spain by 0.5 percentage point on the year to 6.5 percent in the first six months.