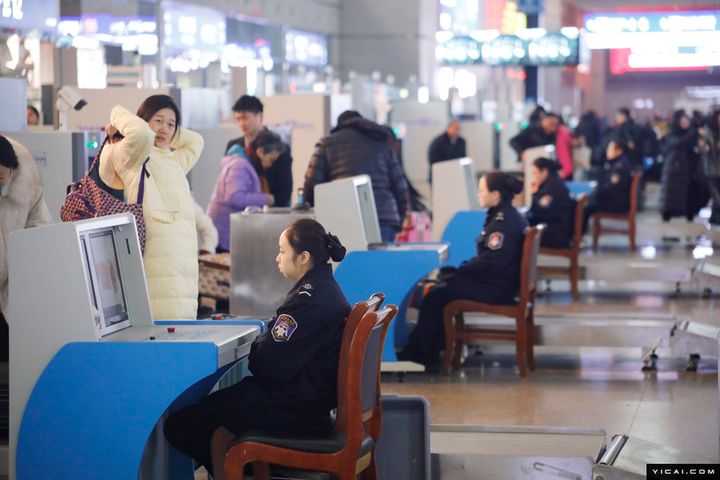 (Yicai Global) Feb. 4 -- Forty-eight percent of all Chinese air travelers this Lunar New Year hopped aboard domestic flights as they headed back to their home towns, according to data from the Civil Aviation Travel Data Research Center, amid what is the world's largest annual migration of people.

More than half of travelers were able to arrive home within 12 hours this year, according to a report from tech firm 360, adding that only around 11 percent needed more than 24 hours to return home.

The tradition of heading home to visit grandparents and extended family is changing as more and more people pursue tourism over the holiday. According to China's largest travel agency Ctrip, Shanghai, Beijing, Guangzhou, Shenzhen, Hangzhou, Nanjing, Tianjin, Qingdao, Ningbo and Xiamen are the top ten popular destinations for domestic tourism over the holiday while airfare bookings to these cities increased more than 40 percent in the week before New Year's Eve.

Among airline ticket orders to the above cities, the proportion of children passengers increased by 39 percent and that of passengers over 50 years old increased by 42 percent.