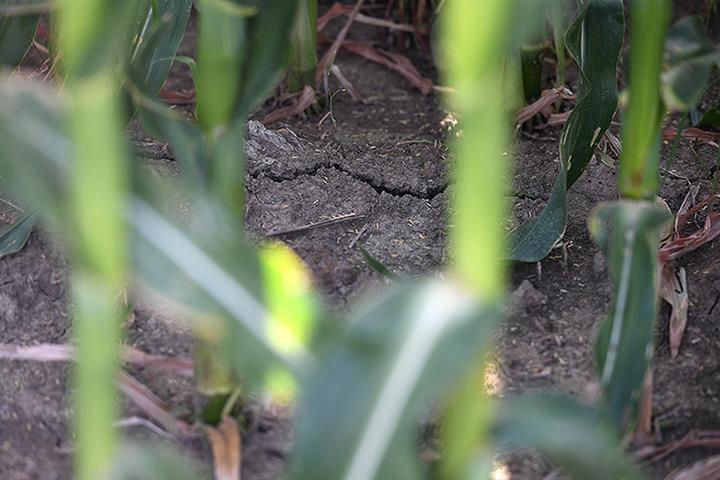 The drought has hit 644,667 hectares of farmland in six provinces, including Sichuan, Hubei and Jiangxi. And water supply to 830,000 people has also been affected.

Many places in Jianghuai, Jianghan and Jiangnan as well as the Sichuan Basin and the southern areas of Shaanxi province will have little rainfall and high temperatures over the next 10 days, the National Meteorological Center forecast yesterday.

The water level of the Yangtze River has continued to decline during the main flood season, according to the flood control and drought relief headquarters of Wuhan, capital of central Hubei province.

Sichuan province and Chongqing city in the upper reaches, Wuhan and Jiujiang in the middle reaches and Nanjing in the lower reaches of the Yangtze have all had less rainfall. Precipitation in late June was 20 percent below normal, and that in July was more than 30 percent less than usual.

In regions near the main streams and the Poyang Lake in the lower reaches of the Yangtze, precipitation halved to a record low in the same period in the past decade.

Yicai Global learned that seven rivers and one reservoir in Chongqing had dried up because of the heatwave. And the Chishui Danxia Great Waterfall scenic area in Zunyi, Guizhou province, has shut with upper streams drying up.

Meanwhile, Dongting Lake in the lower reaches entered the dry season four months ahead of schedule. And Poyang Lake also moved into drought, 100 days earlier than usual. Records have been kept since 1951.

With rivers and lakes drying up, many provinces and cities in the Yangtze River Basin have initiated drought relief to ensure safe drinking water for households and livestock as well as crop irrigation.

Xingshan county of Yichang city in Hubei, which has topped the list of China’s hottest regions for many days, has been cloud seeding since yesterday and will continue through tomorrow, according to local media reports.

The ministries of finance and water resources set up a CNY200 million (USD29.5 million) fund for eight provinces and autonomous regions on Aug. 12 to subsidize water conservancy, drought-relief water transfers and the building of drought-relief facilities in dry areas.