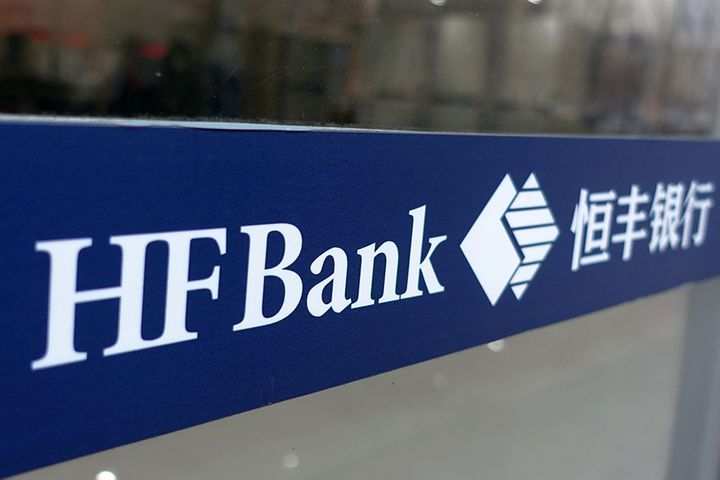 This infusion will include CNY60 billion from Central Huijin Investment, a wholly government-funded enterprise and unit of sovereign wealth fund China Investment Corporation, whose remit is equity investment in key state-owned financial businesses.

Hengfeng's shareholders in an extraordinary general meeting yesterday approved a proposal for a private placement of 100 billion common shares, Hengfeng said on its website the same day. Central Huijin Investment, on behalf of the central government, plans to subscribe for 60 billion new shares, and Shandong Financial Asset Management, at the behest of the Shandong provincial government, intends to take 36 billion shares, while Singapore-based United Overseas Bank and other shareholders will receive the remainder.

UOB will subscribe for 1.8641 billion common shares at CNY1 (USD14 cents) each, it announced yesterday. Hengfeng will raise CNY100 billion via this private placement, based on the subscription price. Before the strategic restructuring, the largest shareholder, an investment company owned by the government of Yantai, a coastal city in Shandong where Hengfeng is based, held 20.59 percent shares, and second-largest shareholder UOB 13.16 percent shares, according to public information.

The bank did not disclose new shareholding structure after the transaction, but significant stock dilution is likely for the original shareholders as the amount of strategic investment is much greater than Hengfeng's original registered capital.

Beijing's takeover of wobbling Baoshang Bank in July overturned a persistent belief the government stood ever ready by to cast a cash lifeline to foundering local lenders, but its rescue of Hengfeng possibly evinces a desire to buttress that belief again to avert further runs on smaller lenders suffering difficulties, as happened when rumors stampeded depositors into yanking their savings from two local small and mid-sized banks in North China in late October.