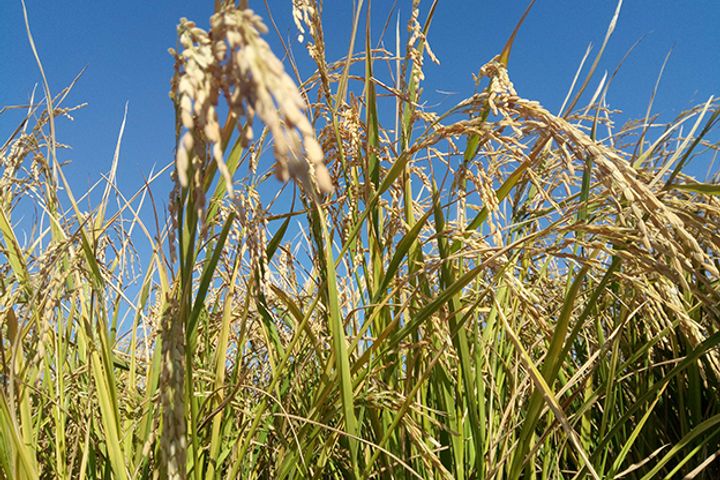 (Yicai Global) May 29 -- Chinese saltwater rice planted at manmade oases in Dubai deserts has yielded as much as 7,500 kilograms per hectare as the emirate turns to modern food technology to help resolve hunger in the Middle East and North Africa.

Anti-saline rice, also known as saltwater rice, was developed by a research team under Yuan Longping, an academician at the Chinese Academy of Sciences. It can make high-saline, non-arable land suitable for farming at high yields, and has also been planted for tests at various sites throughout China. Dubai will arrange for harvesting and a full yield assessment in late June before unveiling the actual results produced by each of the rice varieties planted.

The project has complete backing from Sheikh Mohammed bin Rashid Al Maktoum, Ruler of the Emirate of Dubai and Prime Minister of the United Arab Emirates, the report added. The Private Office of Sheikh Mohammed will team up with the Chinese center to set up a research facility covering the Middle East and North Africa, providing the Arab world with saltwater rice and related technologies to tackle hunger in poverty-stricken regions.

The two nations will also set up an experimental farm in the second half of this year, specifically for saltwater rice and spanning 100 hectares (one square kilometer) before turning it into a regular farm by 2019. From 2020, the pair will create more of the farms with larger planting areas with a view to growing rice on more than 10 percent of Dubai's land area (3,980 square kilometers).