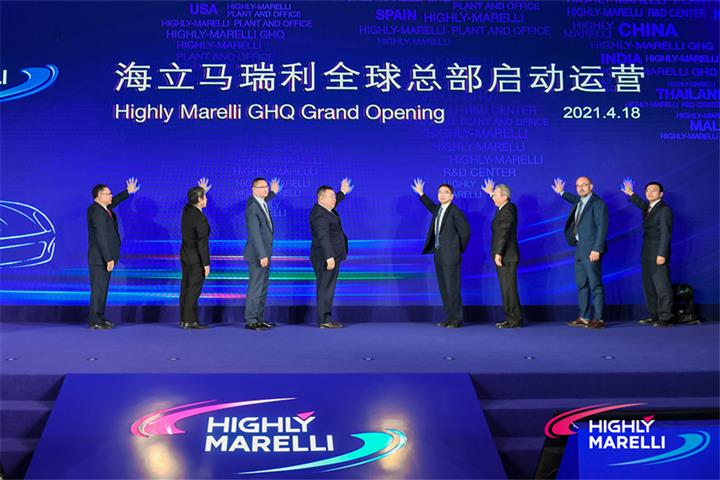 The JV, formed last September, specializes in cabin comfort, and particularly in the development of electrification of compressors and heating, ventilation and air conditioning and electric-driven compressor systems.

The fusion of Highly's automotive air-conditioning compressor business with Marelli’s heat pump and other systems will rapidly push expansion in the field of new energy auto parts, said Zhuang Hua, president of Highly.

In this way, NEVs will become Highly's "second main business" ranging from core components to offering solutions, Zhuang said. It will help Highly to transform from a white goods maker to auto parts manufacturer, from a domestic market-orientation to a global one.

The JV, in which Highly holds a 60 percent stake, includes Saitama-based Marelli’s automotive air-conditioning compressors and air-conditioning system assets. So far Highly Marelli has 28 factories as well as five research and development centers in nine countries including China, Japan and the United States.

The China market accounts for between 15 percent and 20 percent of Highly Marelli’s business, much lower than its 30 percent share in the global auto market, said Zhuang. Highly Marelli will increase investment in the Chinese market in the future. It plans to set up a global R&D center in Shanghai, a new core heat exchanger plant in eastern Anhui province and a manufacturing base for automotive air-conditioning motors in southwestern Sichuan province. It hopes to start production before the end of next year.

The Highly Marelli JV is not the first cooperation between the two parties. In August 2019, Marelli also acquired a 25 percent stake in Shanghai Highly New Energy Technology, a subsidiary of Highly, to develop electric air-conditioning compressors for NEVs.

At present, the JV has negotiated with a number of leading auto original equipment manufacturers in Europe, the US and Japan as well as new-power car companies in China to promote system matching projects.

Compared with traditional energy vehicles, the thermal management system of electric cars has undergone major changes and improvements in terms of overall architecture, fine temperature control and operating efficiency, and it is still in its infancy, Zhuang said.

"With the further development of the industry, competitiveness in technology and cost will be a decisive force in market position. I hope that by then Highly Marelli will be an industry leader," he added.