Hisense Hits Back at Sharp's US Patent Lawsuit, Files Its Own Claims in China
Dou Shicong
DATE:  Dec 01 2017
/ SOURCE:  Yicai 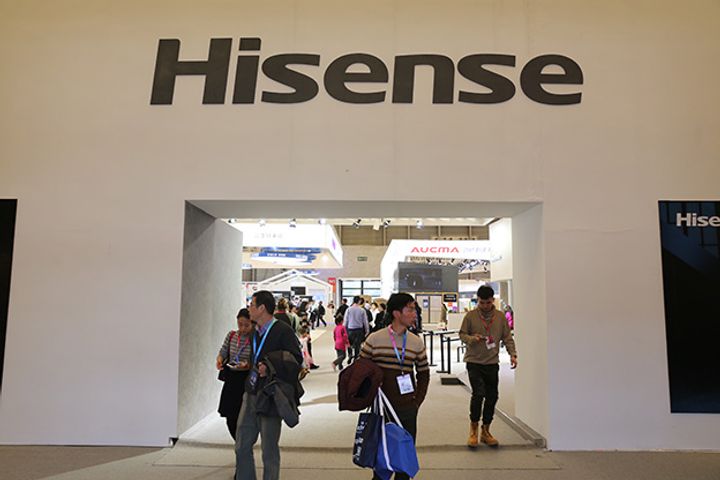 Hisense Hits Back at Sharp's US Patent Lawsuit, Files Its Own Claims in China

The Chinese firm has initiated litigation at courts in Beijing and Qingdao, accusing Sharp of infringing on Hisense patents to sell more than 10 television products in over 30 provinces and cities in China, and demanding the Japanese company ceases to make and sell such products, Beijing Business Today reported on Nov. 30.

The two companies struck a deal in July 2015 that saw Hisense take over a Sharp factory in Mexico and allow it to use the latter's brand on televisions it sold in the US. However, the partnership turned sour and the Japanese firm sued Hisense in America in June, filing a case at a California court and demanding the Chinese company stop using the Sharp brand in the country and pay damages of at least USD100 million. Two months later, it prompted the US International Trade Commission (ITC) to investigate the matter, highlighting that if Hisense had breached patent infringement, the ITC had the right to prohibit the products it imports.

Some 70 percent of Hisense's sales in North America are supported by the Sharp brand. Once the California court retracts the firm's right to use the brand, its overseas sales will fall sharply, insiders said.