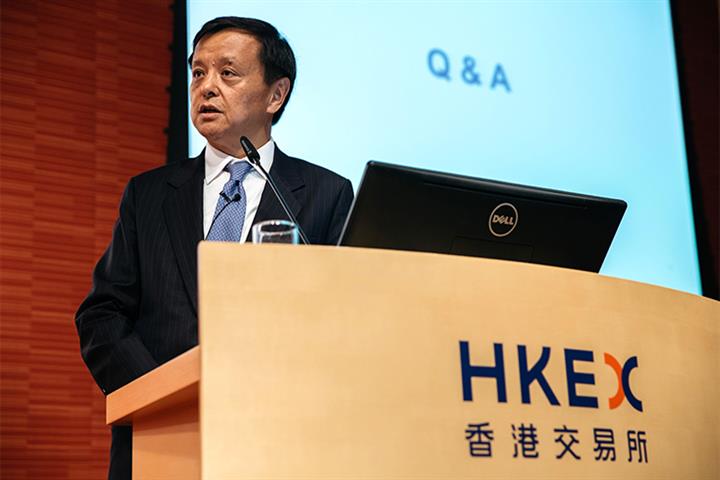 (Yicai Global) May 7 -- Shares in Hong Kong Exchanges and Clearing, or HKEX, slid by nearly 2.8 percent today after Chief Executive Charles Li told the firm he did not plan to renew his contract when it expires in October 2021.

HKEX has formed a selection company led by Chairman Laura Cha and including directors Apurv Bagri, Benjamin Hung and Rafael Gil-Tienda to search for a replacement for the 59-year-old, who has led the company since 2010.

Cha thanked Li in the statement “for his extraordinary leadership and contribution to the Hong Kong market over the last decade”.

Net profit at the bourse was down 7 percent at HKD2.26 billion (USD292 million) in the first quarter, according to its latest financial report also published today. Revenue grew 19 percent to HKD4.06 billion.