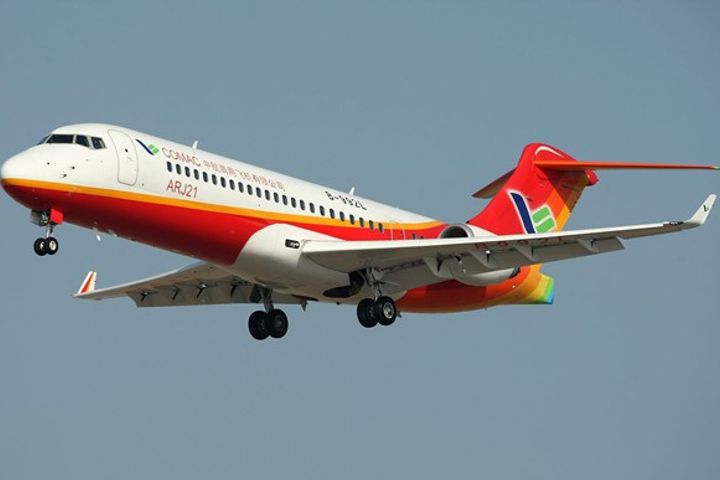 Western China's Urumqi Air signed a letter of intent to purchase ARJ21-700 regional jets at the 51st Farnborough International Airshow in the UK on July 16. The deal will promote integration between the Chinese passenger aviation industry's sole manufacturer and the airline operator.

Indebted HNA lopped 33 percent off its order for narrow-body passenger jets last month, as the Hainan province-based firm rationalized its demand according to its funds and liabilities.

HNA plans to altogether buy some 100 regional jets and 200 large passenger planes, C919s, according to the reviewed plan signed with the Shanghai-based aircraft maker on July 2.

COMAC has delivered five ARJ21 jets which have flown eight air routes and carried over 100,000 passengers. The firm aims to obtain international safety certificates for the C919 by the end of 2020 and deliver the first orders in 2021.