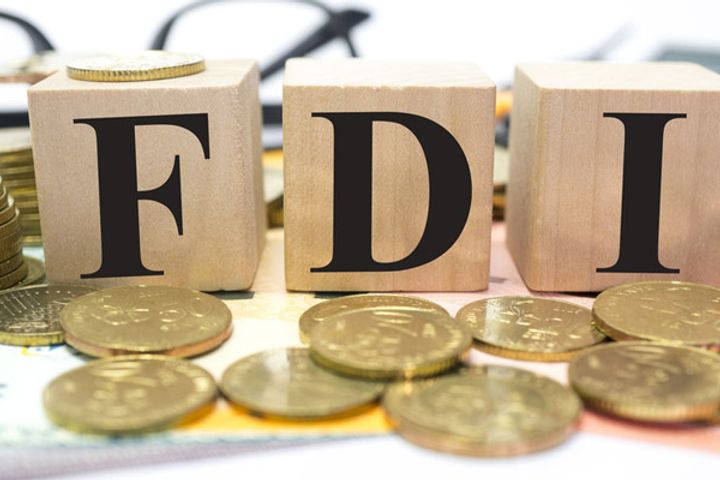 How Chinese FDI Will Transform the Global Economy

(Yicai Global) Dec. 7 -- Many forces shaping the global economy receive a significant amount of attention, including commodity prices, international trade flows, and automation. But one driver with the potential to transform the global economy is often overlooked: foreign direct investment (FDI), particularly by Chinese companies. While some attention is paid to China's ability to attract inward FDI — it has ranked among the top three destinations on A.T. Kearney's FDI Confidence Index since its inception in 1998, for instance—China's outward FDI is now becoming more consequential. And although some big international acquisitions by Chinese companies have made the headlines, the overall trend of Chinese outbound investment receives less attention. China's outbound FDI has been growing dramatically in recent years, and new government policies on which types of investments are allowed has set the stage for significant shifts in the global economy.

Chinese companies—both state-owned and private enterprises—have dramatically expanded their foreign presence in the years since the global financial crisis. In 2007, Chinese outbound FDI accounted for only about 4 percent of total flows—and that figure includes the international financial center of Hong Kong. But China's outbound FDI flows have accounted for greater than 10 percent of the global total each year since 2009, hitting nearly 17 percent in 2016.

This foreign buying spree slowed dramatically in 2017. Outbound FDI by Chinese companies fell about 40 percent year-to-date in October compared to last year, according to data from the Ministry of Commerce. A primary reason for this has been the imposition of government regulations to limit capital outflows. Beijing also introduced new guidelines in August for the types of outbound FDI that are encouraged, restricted, or prohibited, which created some regulatory confusion and further dampened outbound FDI.

Despite the setbacks for China's foreign-hungry companies this year, Chinese FDI remains a formidable force in the global economy. Chinese companies now hold close to 11 percent of all FDI assets globally, up from just 6 percent of the total in 2007. That's second only to the United States, and approximately double the FDI stock of British, Japanese, or German companies. And even though outbound FDI slowed in 2017, it still reached $8.3 billion in the first 10 months of the year.

The business case for Chinese firms investing abroad remains strong. China's economic growth is slowing as Beijing manages the shift from an investment- and export-led economy to one more dependent on domestic consumption, even as economic activity picks up in the rest of the world. As Chinese companies acclimate to the new regulations and refocus their FDI efforts within the "encouraged" sectors, outbound FDI is therefore likely to accelerate in 2018.

Why does this matter? There are three important ways in which China's new FDI patterns have the potential to transform the global economy in the near term.

The first is by reshaping the global value chain, which accounts for approximately two-thirds of all global trade. The most prominent example is the One Belt One Road (OBOR) initiative, which aims to construct a variety of transport links throughout Asia, the Middle East, Europe, and Africa. Chinese firms are investing heavily in infrastructure and other assets in countries along these routes. Another example is Chinese firms' penchant for investing in natural resource assets in frontier markets, from which many Western companies shy away. Both OBOR infrastructure and natural resources are on Beijing's list of "encouraged" FDI, which will only heighten Chinese companies' interest in investing in such assets.

The second way in which Chinese FDI could transform the global economy is by elevating the relative size, power, and competitiveness of China-based companies. In 2007, Chinese companies accounted for only 30 spots on the Forbes Global 500 list, but by 2016 their count had risen to 109—a dramatic increase in only a decade's time. Continued outbound FDI will elevate Chinese companies even more, as foreign markets will provide much-needed growth opportunities. Direct exposure to foreign markets will also enhance the efficiency and innovation of Chinese companies, due to both increased sources of competition and transfers of knowledge and technology.

In fact, technology transfers are one of Beijing's key goals for outbound FDI. Accordingly, high-tech and advanced manufacturing sectors are on the "encouraged" list of investments. But while such acquisitions will enhance Chinese competitiveness and enable it to move up the global value chain, they also create a potential flashpoint with the governments of foreign targets.

These rising geopolitical tensions around strategic sectors are the third way in which China's FDI patterns will affect the global economy. Many governments around the world have become increasingly wary of the influx of Chinese investment in the very same sectors that Beijing is encouraging—high-tech, critical infrastructure, and natural resources. The European Commission is exploring a more stringent investment screening program for such strategic sectors. And there is a bipartisan effort in the United States to expand the criteria upon which the Committee on Foreign Investment in the United States (CFIUS) reviews inward FDI deals. China's foreign investment spree is the (often unsaid) motivation for such actions, which could raise geopolitical tensions among the three largest economies in the world.

So while many economists—not to mention US President Donald Trump—continue to focus on the effects of China's trade balance on the global economy, Chinese companies' FDI activities are now arguably just as important. After a partial pause and reset in 2017, my colleagues at A.T. Kearney's Global Business Policy Council and I expect that Chinese foreign investment will accelerate next year, but that it will face growing resistance as well. How Chinese firms, Beijing authorities, and policymakers in target countries handle this tension will help to shape the global economy in 2018 and beyond.