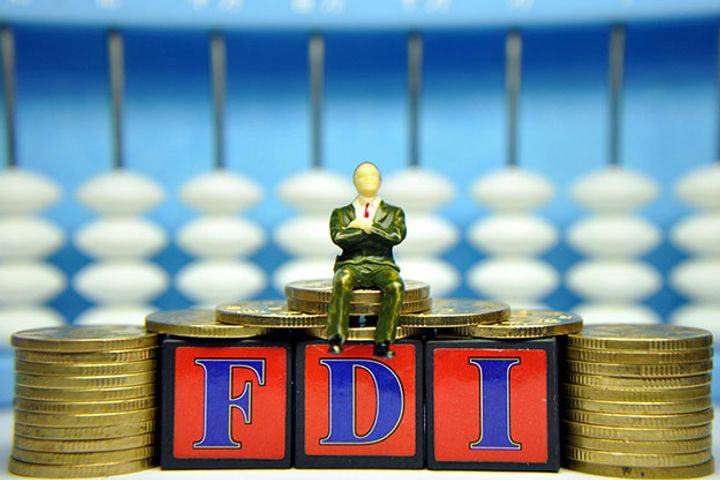 (Yicai Global) Jan. 17 -- China took in a record-high amount of foreign direct investment last year following the introduction of policies that attracted FDI, such as ones opening up the banking, securities and insurance industries, as well as ones enhancing preferential tax treatment.

China faced difficulties absorbing foreign investment last year. The Party Central Committee and State Council paid close attention to this issue and took a series of steps to showcase the strong determination of China to stick to its liberalization strategy.

The value of foreign investment in the hi-tech industry absorbed rose 62 percent annually. The FDI of the hi-tech service industry was CNY184.65 billion, representing an increase of 93 percent. FDI in information, research output commercialization, and environment monitoring and treatment services soared 162 percent, 41 percent and 133 percent respectively.

Central China received CNY56.13 billion in FDI, and was the region in the country with the highest rate of increase -- 23 percent.

Although the world economy and transnational investments are showing signs of recovery, growth is slow and many destabilizing factors and uncertainties remain, the ministry said, adding that China will face external pressure in absorbing foreign capital this year. The Ministry of Commerce said it is confident that China will maintain a stable scale in foreign capital absorption in 2018 and that China will optimize its industrial structure.