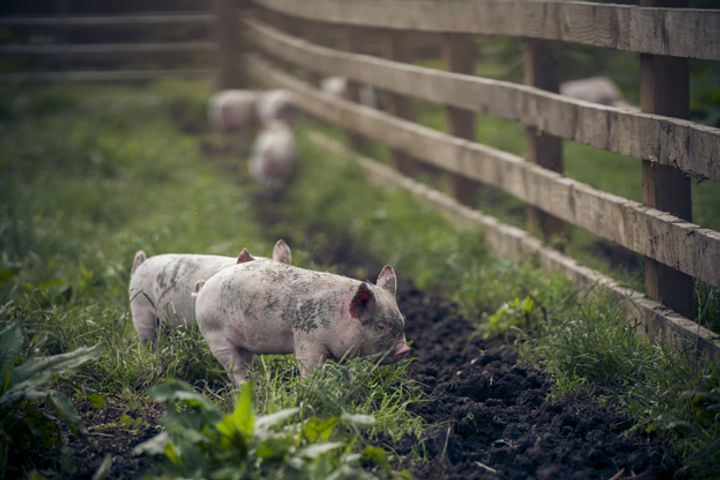 How Did African Swine Fever Find Its Way to China?

(Yicai Global) Aug. 24 -- China is now reporting its fourth outbreak of African Swine Fever, a highly contagious disease among pigs, but experts are struggling to discover how exactly the illness came to the country, where more pork is consumed than anywhere else in the world.

The disease obviously came from overseas, but where it exactly it came from remains unknown, said Feng Yonghui, the chief analyst at online pig industry portal Soozhu. The four confirmed cases so far -- in Shenyang, Zhengzhou, Lianyungang and Wenzhou, all at least 500 kilometers away from each other -- are not the source of the virus, he added, saying the complexity of the disease's transmission channels make it hard to track.

Recent climate changes are one reason it could be expanding so fast, Feng believes. Global temperature rises, especially those seen this month, have led to a hot, humid environment that facilitates the spread of disease, he said.

Lin Guofa, chief research officer at agricultural data provider Bric Group agreed. Long-term temperature highs across northern China this summer could have affected pig health, he said, adding that large volumes of pork imports and smuggling over recent years could have opened the gate for the virus to enter China.

Investigations into the outbreaks in Shenyang and Lianyungang revealed the local source of the problem, but nobody has yet discovered how the disease got to Zhengzhou, said Feng. The infected pigs came from a farm in Jiamusi, Heilongjiang province, but tests showed that could not be the source of the virus.

The hogs traveled more than 2,000 kilometers over two days through several provinces and cities, and could have picked up the disease on the way, he added. There could have been contaminated pig manure in the truck, their immune systems could have been hampered by the hot weather, or the livestock may have passed through regions where the disease was present, Feng said, adding that there are now so many possibilities it will be tough to find out how the virus spread to Zhengzhou.

Another possibility is through processed pork, he continued, saying the virus could be inactivated at temperatures above 60 degrees Celsius, but as pork products are transported at below minus 20 degrees, the disease will be able to survive for years.

Swill, which is protein rich and offers favorable conditions for virus survival, is another train of thought, Feng said, adding that the variety of ingredients in hogwash make it even harder to trace the disease's source. Ticks, wild boars and pollutants are also possibilities, and even infected semen artificial inseminated in sows can transmit the virus, he added.

As of the end of October 2017, some 11 countries had witnessed African Swine Fever outbreaks, according to the World Organization for Animal Health. Confirmed cases in Poland (470), Latvia (220) and Lithuania (21) made up the majority of the total, most occurring in wild boars. Russia, one of the world's biggest pork importers, has reported 120 incidents and had to kill around 800,000 swine.

But major pig-rearing European nations, like the Netherlands and the United Kingdom, have averted the crisis, Feng said, attributing this to strict quality control and the fact that these countries only export hogs, and never import. The outbreak in Russia came down to a shortage there, he continued, saying it needs to bring in pork from the European Union and is extremely vulnerable to the virus.

It is also harder for African Swine Fever to reach the UK as it is an island, added Lin. Many countries in central and eastern Europe are under pressure to keep the disease under control, and need to disinfect pig farms and sterilize fodder to prevent its spreading, he said, adding that when the virus does strike, isolation, culling and disinfection are top priorities.

The symptoms of the disease are similar to other highly-contagious pig ailments, so it is difficult or even unfeasible for farmers to conclude their hogs have the disease based on nothing but the visual inspection. Lab detection is the most accurate approach to diagnosis.

It takes between four and 19 days for African Swine Fever to incubate. As wild African boars are resistant to the disease, they generally display fewer symptoms than domestic pigs, which show more obvious indicators. The virus is acuter in Africa, where infected pigs may suddenly die without warning, whereas outside the continent, spontaneous abortions and changes in breathing are noticeable symptoms.

Culling is the only way to fight it. Those thought to have the disease which are slaughtered must be buried properly or incinerated as there are no treatments or vaccines.

The price of pork from China's northeast will decline, and people may choose to eat it less frequently, lifting the mid-term supply, Lin added. On the other hand, supplies may decrease next year as farmers choose to rear fewer piglets.

If the epidemic is controlled effectively and there are no new outbreaks, there should not be a major impact on long-term pig supply, he continued. But if it extends to new areas, there could be serious industry losses in the fourth quarter, with next year seeing a decrease in supply -- but bringing pork prices back up, he said.

"This is even more dangerous than the blue-ear pig disease outbreaks in 2006," said Feng, commenting on the decline in pork prices. "[The blue-ear pig disease epidemic] directly drove up the consumer price index that year, and triggered inflation the next due to the massive number of pig deaths. If African Swine Fever gets that bad, it will be a catastrophe for the entire industry."