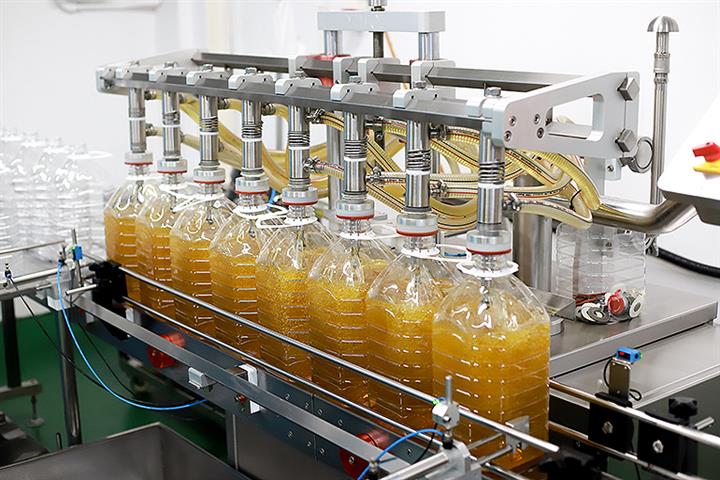 How Will Indonesia’s Ban on Palm Oil Exports Affect China?

(Yicai Global) April 27 -- Indonesia, the world’s largest producer of palm oil, is suspending exports from tomorrow in a bid to resolve domestic shortages and halt runaway prices. The impact on Chinese food producers should be limited as many have mechanisms in place that can buffer against any resulting price surges, industry insiders said.

Most of the country's vegetable oil companies have already worked price fluctuations into their pricing, and they also usually carry out hedging on the futures market, so any prices hikes should be affordable, Zhongtai Securities said.

Food additive producer Nanqiao Food said it mainly imports palm oil from Malaysia so it is not expecting the ban to affect operations much. Oil processing firm Daodaoquan Grain and Oil said it will carry out derivatives trading to hedge against price increases.

However, it is necessary to be on the alert for major price swings as a result of hoarding by big consumer countries and similar price hikes by other producing nations, Zhongtai said.

China is heavily dependent on imports of palm oil, a key ingredient used to make a wide range of foods from cooking oils to breads as well as industrial applications such as soaps, cosmetics and detergents. China is the world’s third-largest palm oil importer and last year brought in 4,343 tons of palm oil and its derivatives from Indonesia and 950 tons from Malaysia. The two Southeast Asian nations account for 90 percent of the world’s palm oil exports.

“The Indonesian ban will undoubtedly put huge upward pressure on the costs of global food producers,” Liang Haiming, president of the Silk Road Wisdom Valley Research Institute, told Yicai Global, “Because palm oil is cheaper than other vegetable oils, including soybean oil and sunflower oil, those developing countries that rely on palm oil imports will be affected more.”

"Other vegetable oils, such as soybean oil and rapeseed oil, that are able to replace palm oil, are also in short supply worldwide,” Liang added. Yields have fallen sharply in Argentina, Brazil, and Canada due to drought. As a result prices have surged, increasing 30 percent last year, and are continuing to rise this year.

Arowana, an oilseed manufacturer owned by Singapore’s Wilmar International, saw profit shrivel 31 percent last year from the year before as an increase in the price of its products was not enough to offset the rise in raw material costs.