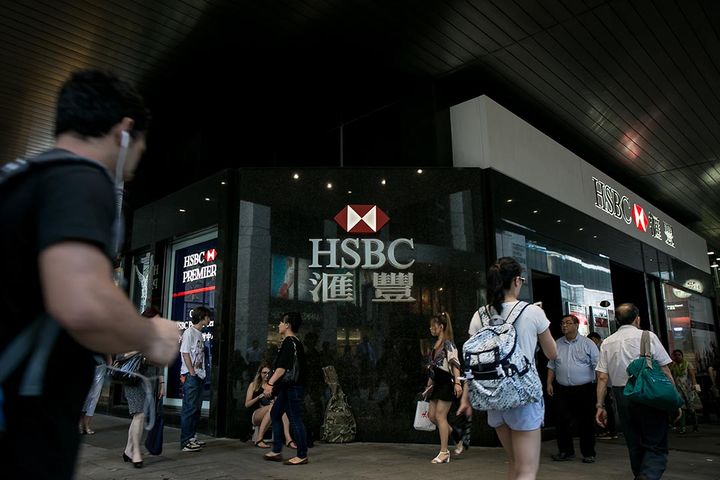 (Yicai Global) July 3 -- China's securities regulator has approved establishment of HSBC Qianhai Securities Ltd., with its controlling interest held by the Hong Kong and Shanghai Banking Co. (HSBC), paving the way for it to become the first foreign capital-controlled securities company in China.

The document published by the China Securities Regulatory Commission (CSRC) reveals that the establishment of HSBC Qianhai was initiated by HSBC and Qianhai Financial Holdings Co., with the former controlling 51 percent of the stock and the Qianhai Financial holding the remaining 49 percent.

The CSRC has also approved the establishment of East Asia Qianhai Securities Ltd. initiated by the Bank of East Asia Limited (BEA), Qianhai Financial Holdings, and other two companies. Holding 49 percent of the stock, BEA serves as its largest shareholder.

The approvals of the establishment of these two securities companies are achievements under the framework of the 'Closer Economic Partnership Arrangement' signed by the government of the Hong Kong Special Administrative Region and the government of the Macau Special Administrative Region. Under the agreement, the eligible Hong Kong and Macao-invested financial institutions are allowed to apply for setting up securities companies in the pilot area.

Qianhai area is located in the economic development zone of Shenzhen in South China. The local government aims to make the area future "Manhattan" of the whole Pearl River Delta.