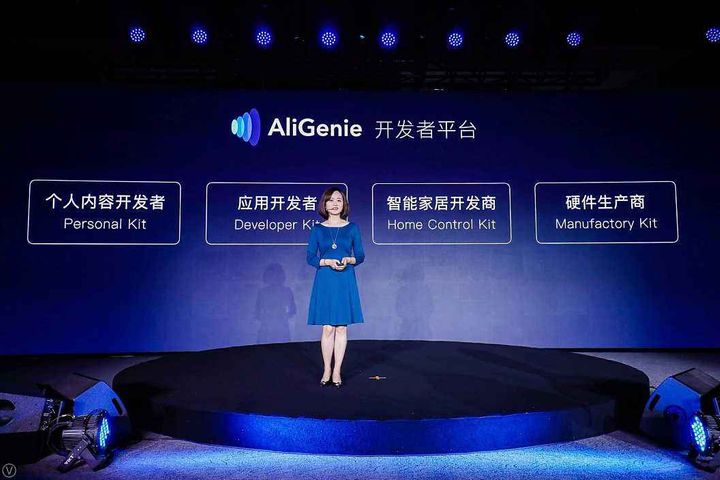 The new platform's unveiling comes three months after the firm launched its smart speaker, the Tmall Genie. The speaker has over 200 applications, of which less than 50 were developed by Alibaba itself, said Qian Xue, general manager at Alibaba's AI Labs.

Openness is a key to creating an ecosystem, Qian said. The platform provides developers with functions including wake-on-voice, voice recognition, voiceprint recognition, semantic understanding and speech synthesis to assist in the creation of new voice-based applications, which can be added to the AliGenie store.

Alibaba will also open its hardware systems to hardware brands and solution providers so that its software services can be added to more products.

Voice interaction is a key step in the making speakers more intelligent prior to the development of applications to aid end-users in completing daily tasks. "Smart speakers merely provide an access point for voice interaction, while the depth of services and the width of scenarios determine their value," Qian added.

Tmall Genie has expanded its applications to scenarios in offline retail, airport terminals and hotel rooms in the past three months. The product currently provides smart solutions at Hangzhou's Xixi Hotel, including order processing and check-ins.

Customers can also use the speaker in their rooms to control curtains, lights, televisions and other devices directly with their voice, as well as ask for room service.

Alibaba's development plan promotes an overall strategy called the internet of intelligence, which involves the creation of a comprehensive ecosystem, making everything intelligent and connected, said Qian.

The company has rolled out its smart router so that consumers' smart hardware networks can operate more smoothly.

"AI Labs focuses on key innovative areas involving hardware, rather than the development of intelligent hardware, such as electric fans," he added.

"In the future, robots will feature multi-model interactions and will integrate various aspects including vision, hearing and brain signals. Those featuring voice and vision interactions will see exponential growth," Qian added.