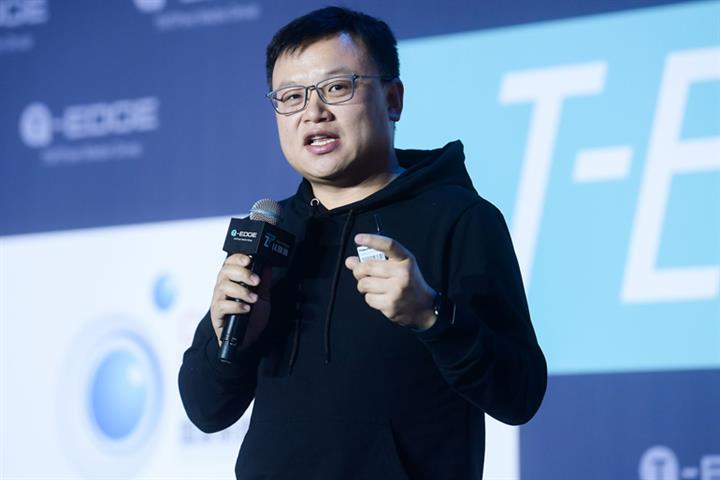 Ex-Luckin Coffee Execs Are Behind Attempt to Oust CEO Guo, He Says

(Yicai Global) Jan. 7 -- No-frills Chinese coffee chain Luckin Coffee is embroiled in another crisis after its financial fraud scandal erupted last year. Guo Jinyi, its chairman and chief executive officer, stated in an email that a joint letter by several senior executives calling for his removal is in fact the brainchild of former Chairman Charles Lu and ex-Chief Executive Jenny Qian.

A joint letter signed by several of Luckin’s middle and senior management has been submitted to the company's directors, the 21st Century Business Herald reported yesterday. The missive, which charges Guo with corruption, abuse of power and low ability, demands his dismissal.

The joint letter was arranged and drafted by Lu and Qian, Guo said. Some staffers involved were unsure of the truth, but pressured to sign anyway, Guo asserted in the internal communication, per the report. Guo has asked the board to set up a team to investigate the incident, he added.

Guo, Luckin’s then-senior vice president, took over from founder Qian as CEO in May after the fraud scandal broke. The company reshuffled its board in July and also named Guo chairman to succeed Lu.

Like Qian, Guo was an executive with Lu's car rental firm CAR Inc. before joining Luckin, and so was deemed Lu's intimate.

The Beijing-based Starbucks rival acknowledged it inflated transactions by CNY2.2 billion (USD341 million) from 2019’s second to fourth quarter in a report to the US Securities and Exchange Commission in April. Luckin made peace with the SEC in December by paying a USD180 million fine. The Nasdaq Stock Market ultimately delisted Luckin in the wake of these revelations of wrongdoing.

This financial turmoil has not felled Luckin, however. The company achieved CNY2.67 billion in revenue in the first three quarters of last year, per the latest earnings report it issued in December. It also optimized its business model and shut 1,021 underperforming venues, achieving overall store-level profitability for the first time in August.