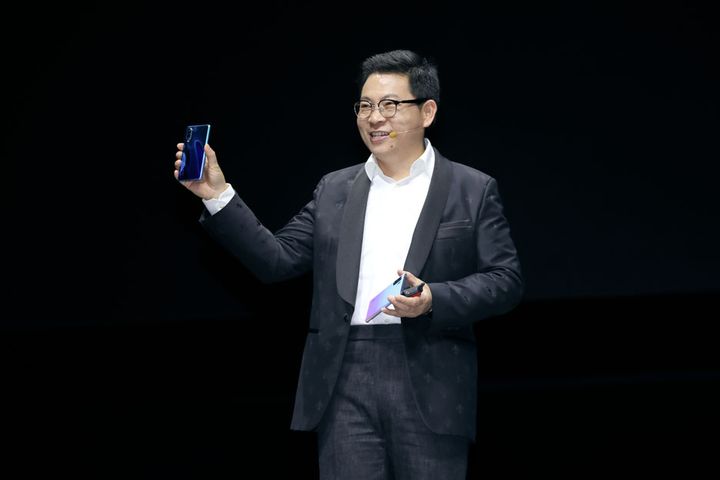 One in every three phones sold in China is either a Huawei or its sub-brand Honor, Yu, also chief executive of Huawei Consumer Business Group, told Yicai Global. He wants to see that figure rise to one in two, and reckons that if momentum in sales growth continues that his firm will become the world's largest smartphone maker by sales.

The Shenzhen-based firm delivered 206 million handsets worldwide in 2018, according to its annual report published last month. Revenue neared USD53 billion and its consumer business took over its carrier division as the company's largest income source.

It currently ranks third among global phonemakers, behind Samsung and Apple, according to data from IDC and other market researchers.

"But this was never our plan," Yu said. "Market share is not the goal we pursue."

"In terms of organizational structure and salary distribution, do as you wish," Ren said on April 4. "You will be given five years to try and build an invincible army."

He also outlined a company-wide revenue goal of between USD250 billion and USD300 billion for 2023, and wants to see at least USD150 billion coming from the consumer division, a target Yu believes is challenging.

Yu, known in Chinese as Yu Chengdong, also confirmed that Huawei is open to selling its fifth-generation network semiconductors -- the first time he has said so explicitly.

Huawei Technologies' rotating Chief Executive Xu Zhijun, or Eric Xu, said at the Huawei Global Analyst Summit 2018 that the company had no plans to sell its Kirin chips. Though an unidentified source at the company recently said if Huawei were to sell the semiconductors, it would only be to Apple, according to Chinese news outlet Phoenix New Media.