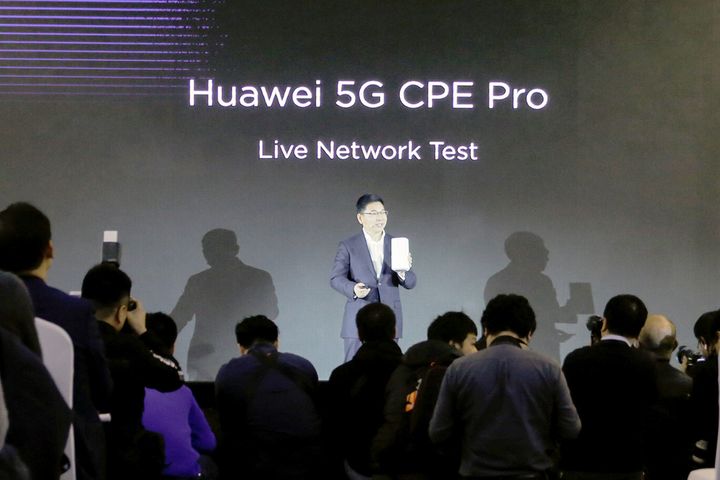 Called Tiangang, the new chip is 55 percent smaller, weighs 23 percent less, and supports ultrawide spectral density, online news outlet Jiemian reported. It can support a bandwidth of 200 megabytes and enable 90 percent of the world's base stations to achieve 5G without updating power mains.

Huawei will for the first time live-stream this year's annual Spring Festival Gala for the Chinese New Year using 4K resolution based on 5G technologies, the report added, citing Ryan Ding, chief executive of the Shenzhen-based company's carrier business group. 4K resolution, or 4,096 x 2,160 pixels, is four times that of 2K video projectors and high-definition televisions and is classified as ultra-high definition.

5G technologies can also be applied in other areas. Huawei recently performed the world's first remote operation, on an animal, using 5G in cooperation with the Fujian unit of China Unicom, Meng Chao Hepatobiliary Hospital of Fujian Medical University, the People's Liberation Army General Hospital (The 301 Hospital) in Beijing and Suzhou-based Kangduo Robot.

Huawei secured a total of 30 5G-related business contracts last year, with 18 in Europe, nine in the Middle East and the remainder in the Asia-Pacific region, Ding said, adding that the firm's worldwide shipments of 5G products has reached more than 25,000.