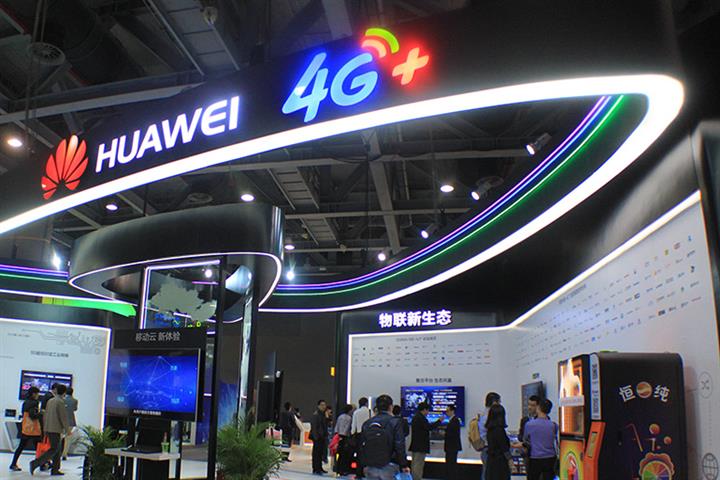 Huawei Falls Back on 4G as It Waits Out US Sanctions, Source Says

(Yicai Global) Nov. 25 -- Huawei Technologies has started to re-order parts for fourth-generation smartphones to plug the gap in its overseas markets as US sanctions cut off the Chinese telecoms giant’s supply of 5G chips, a supplier told Yicai Global.

This follows one of the company’s major suppliers, US chipmaker Qualcomm, securing a hard-to-get US government license to sell 4G chips to Huawei last week, making it the only major chipmaker so far able to provide Huawei with these parts. A 5G chip license remains out of reach.

"It is not possible to estimate the exact order quantity as Huawei split its orders into small batches," said the supplier. Based on the pace of delivery, finished products can be expected to be on the market in the first half of next year, he added.

Huawei, which was the world’s biggest supplier of smartphones in the second quarter with 20.2 percent market share, has yet to comment.

Huawei has been the subject of an increasingly stringent series of trade bans from the US government over the past year and a half. In May last year, Huawei was placed on the US’ so-called Entity List over national security concerns, barring US companies from buying its products and from selling it their hardware and software without a special license.

This has now been stepped up to include semiconductors not only made in the US but also those manufactured in other countries using US software and technology, inflicting great damage on the Shenzhen-based firm’s global supply chain and essentially cutting off its access to 5G chips.

By continuing to supply 4G phones, Huawei can keep its retail channels in most overseas markets open in order to wait for a change to stage a comeback, a Huawei employee said.

China and other more developed markets, though, have moved onto 5G cell phones. Some 350 million smart phones are expected to sell in China next year, 80 percent of which will be 5G, said Jian Qin, vice president of state-owned carrier China Mobile.

As the US sanctions take effect, Huawei’s global market share is likely to shrivel to 4 percent next year from 14 percent in 2020, Taiwanese market researcher TrendForce said.