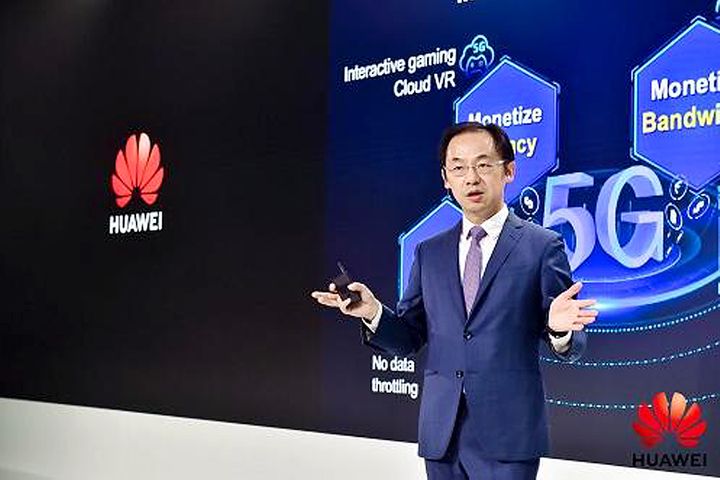 Huawei Has 91 Commercial 5G Contracts in the Bag, Half in Europe

(Yicai Global) Feb. 21 -- Chinese telecoms equipment giant Huawei Technologies had secured 91 contracts for commercialization of its fifth-generation mobile networks as of yesterday, with 47 and 27 of these in Europe and Asia, respectively.

The rest are in other parts of the world, Ryan Ding, Huawei's executive director and chief executive of its Carrier Business Group, announced at the Shenzhen-based company's product and solution launch in London yesterday.

Huawei has outstripped other 5G device suppliers in the sheer number of its commercial 5G contracts even as it has shipped over 600,000 of its 5G Massive MIMO Active Antenna units abroad.

Finland's Nokia has landed 63 5G commercial contracts and Sweden's Ericsson had 78 such contracts as of December, while China's Zhongxing Telecommunication Equipment had clinched 35 by this month, public records show.

Huawei will invest USD20 million to support innovative 5G applications, and redouble its efforts to make 5G a commercial success in the next five years.

Now is the time for telecom operators to re-define their 5G business models, Ding said, adding that in the 5G era such players can provide differentiated experiences and charge users based on more metrics, including data volume, latency, bandwidth and number of connected devices, making it possible to monetize 5G.

A debate has raged overseas as to whether to admit Huawei's devices to Europe's 5G markets, with the US urging its allies on the continent to bar the company's products, citing national security concerns. Huawei's 5G base stations will be devoid of US-made components, the firm said by way of riposte in September.

The response to Washington's entreaties has been lukewarm, however. The UK government will allow Huawei a limited role in building its 5G networks, it said on Jan. 28, adding high-risk vendors will be excluded from sensitive core networks and it will impose a 35 percent cap on their involvement in non-sensitive segments.

France will not shut the company out of the country's future telecoms operations either, Finance Minister Bruno Le Maire also noted during an interview on Feb. 13, adding "there will be restrictive measures and we will protect our national sovereignty."

Germany's Christian Democratic Union, the country's ruling party, also resolved on Feb. 18 not to bar Huawei from involvement in its construction of a network featuring the new technology.

Simple pragmatism rather than considerations of political expediency likely underlie these decisions, since Huawei's technical savoir-faire and equipment often present the only real economical option for such costly infrastructure upgrades.