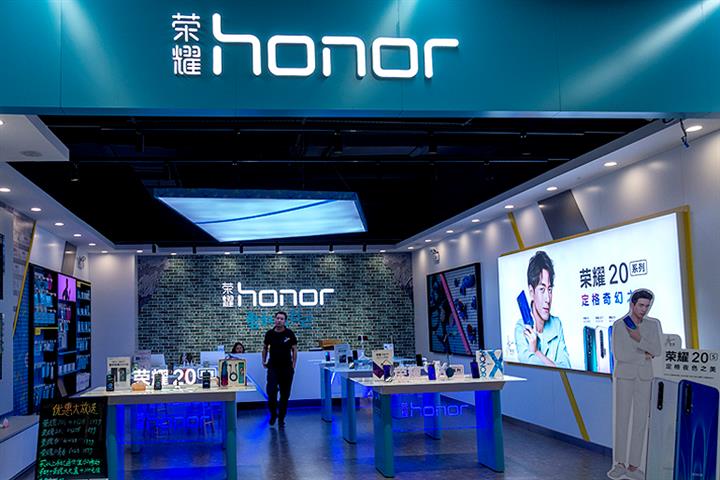 A company under the government of Shenzhen, the Chinese city where Huawei is headquartered, set up Shenzhen Zhixin New Information Technology with more than 30 agents and dealers of Honor handsets, according to a joint statement published in the Shenzhen Special Zone Daily this morning that confirmed recent media reports about the budget phone brand’s sale.

The transaction could net Huawei about CNY100 billion (USD15.1 billion), according to a report last week by Chinese news outlet 36kr, based on Honor’s CNY6 billion (USD907 million) profit last year and a price-to-earnings ratio of 16 times. Huawei will not own any shares in the JV after the sale, the statement said.

It did not provide a breakdown of the individual stakes held by Honor’s new owners, but Chinese retail titan Suning.Com is one, unlike Digital China Group and TCL Technology Group, which domestic news reports earlier flagged as prospective buyers.

Huaweihad reportedly been under pressure to divest Honor -- which helped to make it the world’s No. 2 smartphone maker by shipments last year -- because of restrictions the US government put on its access to chip-making technologies in September.

“Huawei's consumer business has been under tremendous pressure as of late,” the company said today. “This has been due to a persistent unavailability of technical elements needed for our mobile phone business.

“This sale will help Honor's channel sellers and suppliers make it through this difficult time,” it added.

Honor, an internet-based smartphone brand Huawei rolled out in 2013, is separate from Huawei’s other handset business, public information shows. As an affordable brand, Honor swiftly carved out shares in the low- and mid-end markets, finding favor with price-conscious and younger buyers. Huawei made Honor an independent company in April.

Huawei leapfrogged Samsung to rank first in the global smartphone market in July, media reports said, after it surpassed Apple last year with238.5 million shipments, according to Counterpoint Research.

The sale will not affect Honor’s development direction, and its management team will remain in place both before and after the deal, the joint statement said.