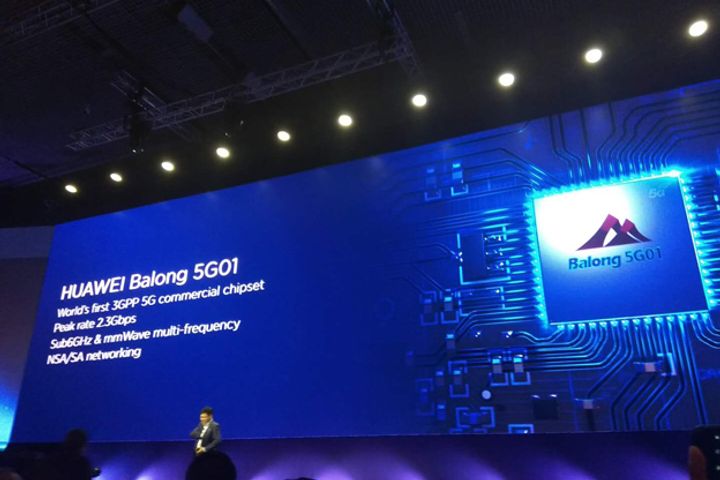 Huawei Consumer BG unveiled the chip dubbed Balong 5G01 and the Consumer Premise Equipment (5G CPE) at ta conference yesterday in Barcelona at the Mobile World Congress (MWC) held in the Spanish city. This development means Huawei's hard work over the past two decades has turned the company from a late mover into a global leader in the telecommunications sector.

The 5G CPE mainly targets users in Europe, the US, Japan and South Korea as a WiFi access tool and is the first device that Huawei developed for 5G telecommunication networks, observed Wan Biao, chief operations officer at the firm's consumer electronics business unit, in an interview after yesterday's meeting. The company is slated to release its first 5G smartphone in the fourth quarter of next year, he added.

"In the 3G era, Huawei didn't even have any device to test its systems and had to buy products from other companies at exorbitant prices. We continued to build our competitiveness in the 4G age but had to rely on other manufacturers to supply chips. With the arrival of the 5G era, however, we have gained control over all key operations," he noted.

"Driving our pursuit of excellence with bold investments in research and development activities, Huawei is well on track to become a main rule-maker and the central leader in the global 5G telecommunications market," Yu Chengdong, chief executive of its business unit, wrote on WeChat, touting Huawei's latest creations.

"With the release of the first commercial 5G chipset and device featuring the 3rd Generation Partnership Project (3GPP) technology, we have ushered in the 5G era. This makes Huawei the first end-to-end 5G solution provider that has acquired the ability to develop 5G chipsets, devices and network facilities," Yu stated.

"Huawei sees 5G technology development as a strategic priority and started 5G research and development many years ago," Wan told Yicai Global. The company was one of the first movers in the field of 5G network development, he said. It kicked off initial research in 2009, and a prototype 5G base station publicly debuted several years later.