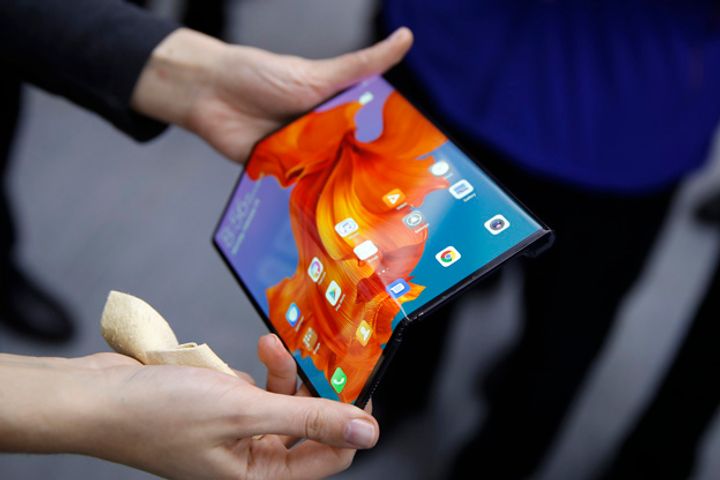 (Yicai Global) March 15 -- Huawei Technologies latest handset, the Mate X, has become the world's first smartphone to get a CE certificate for fifth-generation mobile devices in the European Union.

The Mate X got the seal of approval, which it needs to sell in Europe, from Germany's TUV Rheinland, Global Times cited the Shenzhen-based firm as saying. The handset conforms to all relevant laws and regulations and has satisfied EU demands covering radio frequency, electromagnetic compatibility, safety and other fields, it added.

Getting the world's first CE certificate for 5G handsets is the perfect foundation for the upcoming large-scale commercialization of the devices, Huawei said, adding that it will continue promoting the sector to push for rapid maturity and smooth experiences for users.

The phonemaker debuted the Mate X at the Mobile World Congress in Barcelona last month. The folding 5G device will be the firm's most expensive handset at EUR2,299 (USD2,600), and is set to hit the market in the middle of this year.

The technology behind 5G mobile networks and related products is much more complex than in past generations, Bruce Lee, Huawei Consumer Business Group's vice president of handsets, said during a ceremony celebrating the certification.

Standards for testing and certifying devices are still improving, and the cooperation between Huawei and TUV Rheinland has led to major breakthroughs, added Lee, whose Chinese name also matches that of the martial arts legend -- Li Xiaolong. The pair will continue to work together to promote commercialization of 5G terminals, he said.