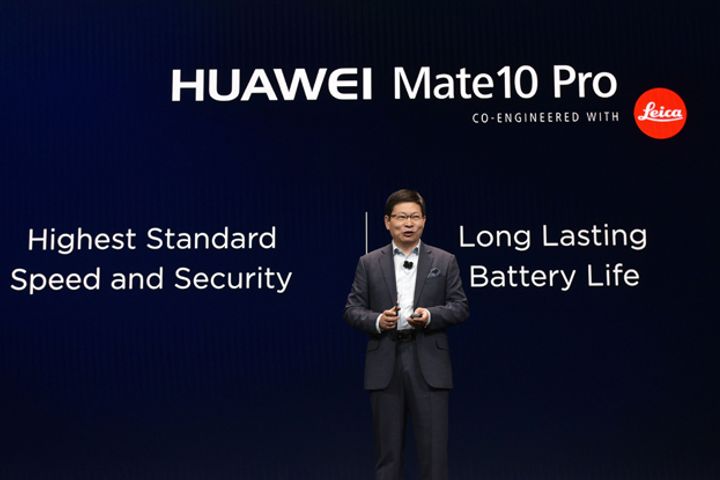 Huawei Will Introduce Products in US Despite Collapse of AT&T Deal, Executive Says

(Yicai Global) Jan. 9 -- Huawei Technologies Co. may have missed out on a deal with AT&T Inc., but it still has a future stateside.

An unlocked version of the tech giant's Mate 10 handset will still go on presale next month in North America, said Yu Chengdong, chief executive of Huawei's consumer business group today. However, they will only be available on Amazon and Best Buy, among other channels.

Yu confirmed reports that talks between the device maker and the telecoms company fell apart.

"Something happened in the past few days, and we were ultimately unable to enter the US carrier market. Consumers won't be able to buy our products from carriers, and they are the biggest users here," Yu said.

America remains one of Huawei's last key markets it is yet to enter globally, with sales there accounting for just a single-digit share of Huawei's overall revenue.

"The US smartphone market is dominated by carriers, and phone makers won't be able to grow if they can't sell their products through carriers," said Jia Mo, an analyst at Canalys.

The Chinese company said it has proved its high-tech capability in the US market over the past five years by promoting and selling high-end products there.

Political resistance was a key factor in Huawei's failure to secure an agreement with AT&T. Ajit Pai, chairman of the Federal Communications Commission, received an email from 18 US lawmakers explicitly requesting that the regulator investigate Huawei's possible link-ups with US carriers, media reported.

The email asked for clarification on if FCC were permitted to use Huawei products, and questioned if the body would adjust such rules if US carriers work with Huawei. The tech giant did not comment on the email.