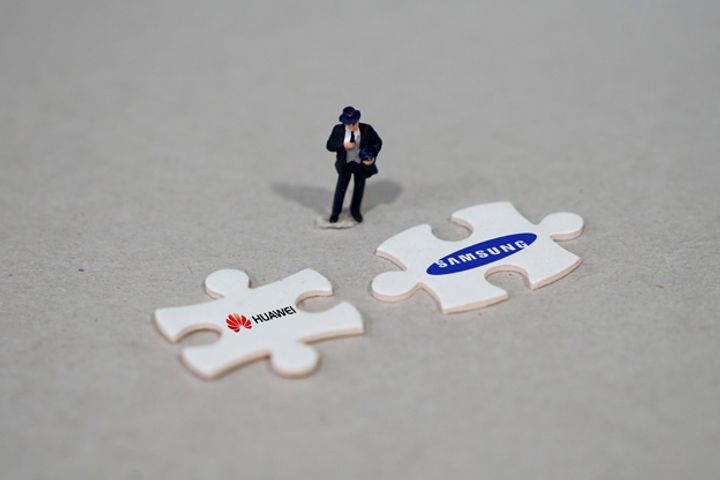 (Yicai Global) Jan. 11 -- The Shenzhen Intellectual Property Rights Tribunal has sided with Huawei Technologies Co. in one of the many patent infringement cases pitting it against Samsung Electronics Co.

Samsung violated the principle of fair, reasonable, and non-discriminatory terms for patent negotiations, the tribunal said. It ordered the South Korean communications equipment producer to immediately stop making and selling the products concerned.

Disputes between Chinese telecoms giant Huawei and Suwon-based Samsung mainly focus on 4G wireless communications technology and date back to May 2016. They have filed lawsuits in the US as well as in the Chinese cities of Shenzhen, Beijing and Quanzhou. The Beijing Intellectual Property Office had accepted 30 of them as of last August.

A court in Quanzhou ruled that 22 Samsung products infringed Huawei patents and told the Korean company to halt production and sales of such products and pay CNY80.5 million (USD12.4 million) in damages. Samsung filed an appeal in Fujian, where the provincial court stood by the original judgment in December.

Samsung may fight the Shenzhen IPR Tribunal's decision. Other lawsuits involving the two groups in California and Beijing have not yet wrapped up.