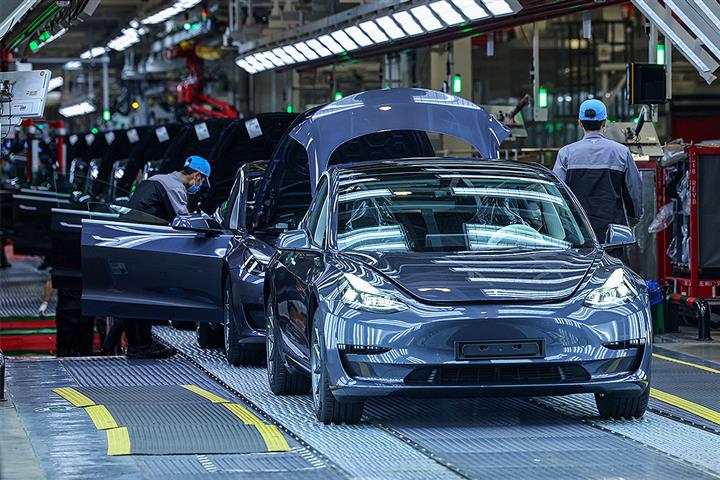 The US automaker's first overseas factory delivered 480,000 units in 2021, or 51 percent of the firm's total, according to Tesla's earnings report released yesterday. The global tally rose by 87 percent to a record high of nearly 940,000 units. More than 160,000 Shanghai-made cars were exported to over 10 nations in Europe and Asia.

Besides the Gigafactory, Tesla has set up production lines for charging piles, a research and development center, and a data center in Shanghai. More than 90 percent of the parts used by the plant are domestically produced. 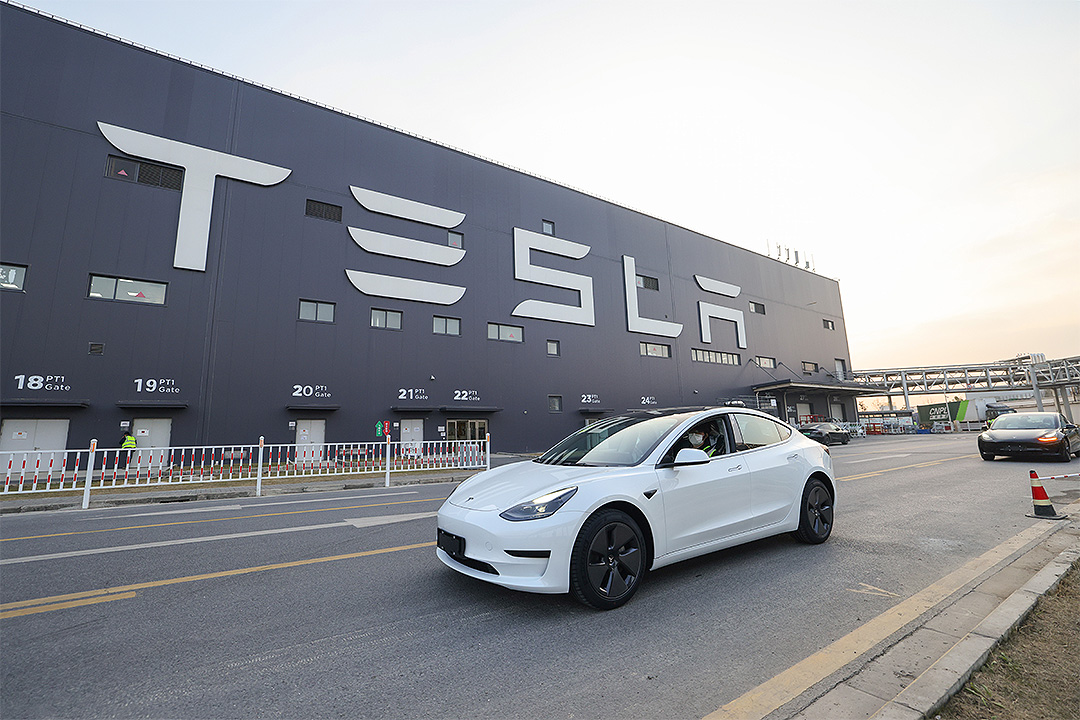 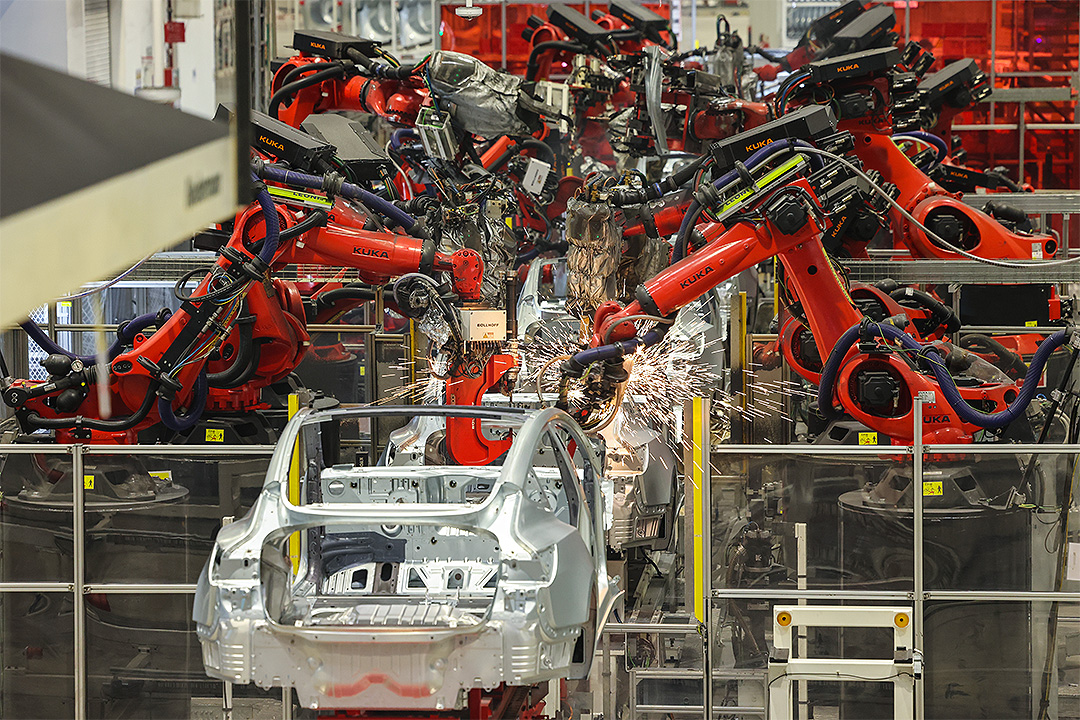 Welding robots are at work. 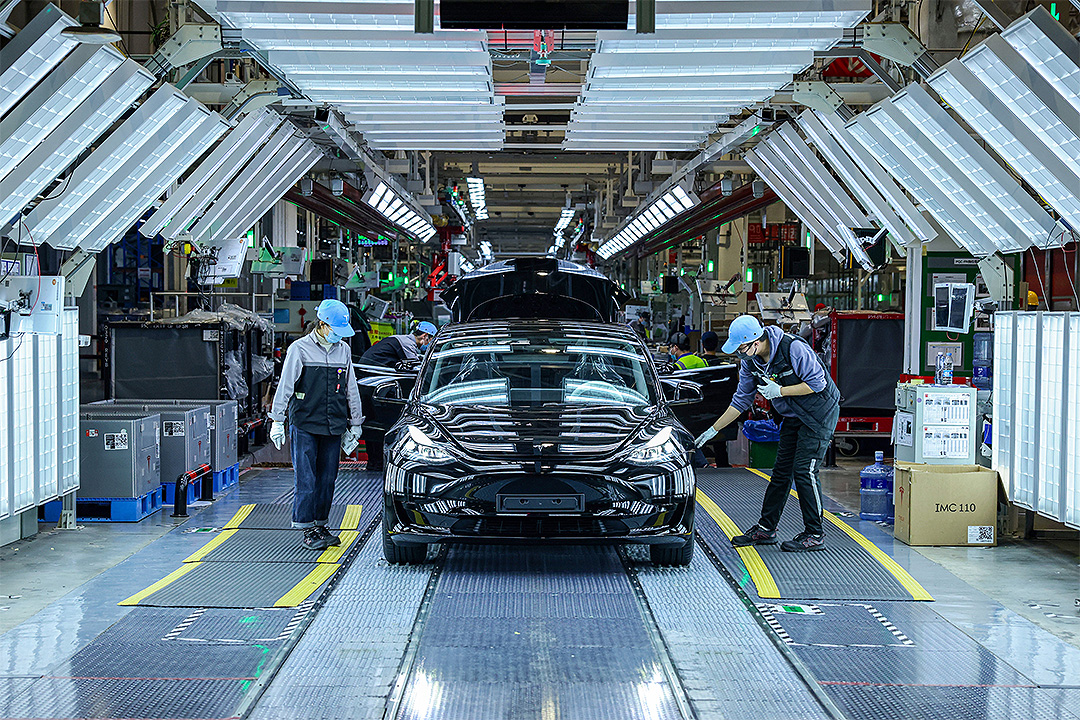 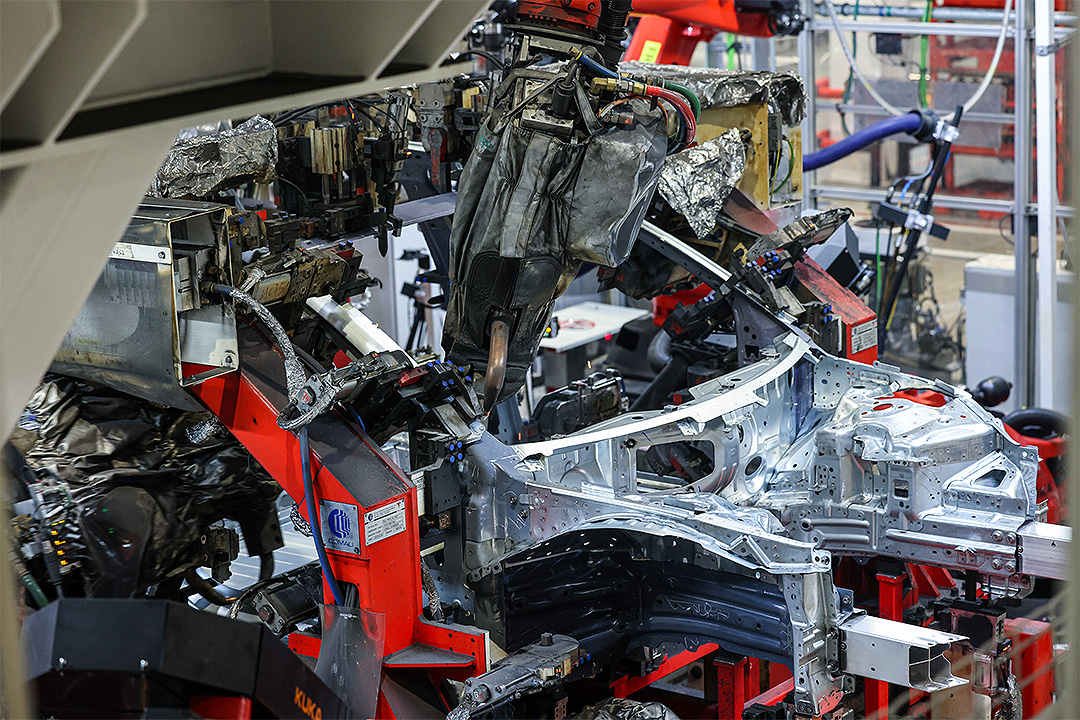 A robot is welding some parts together. 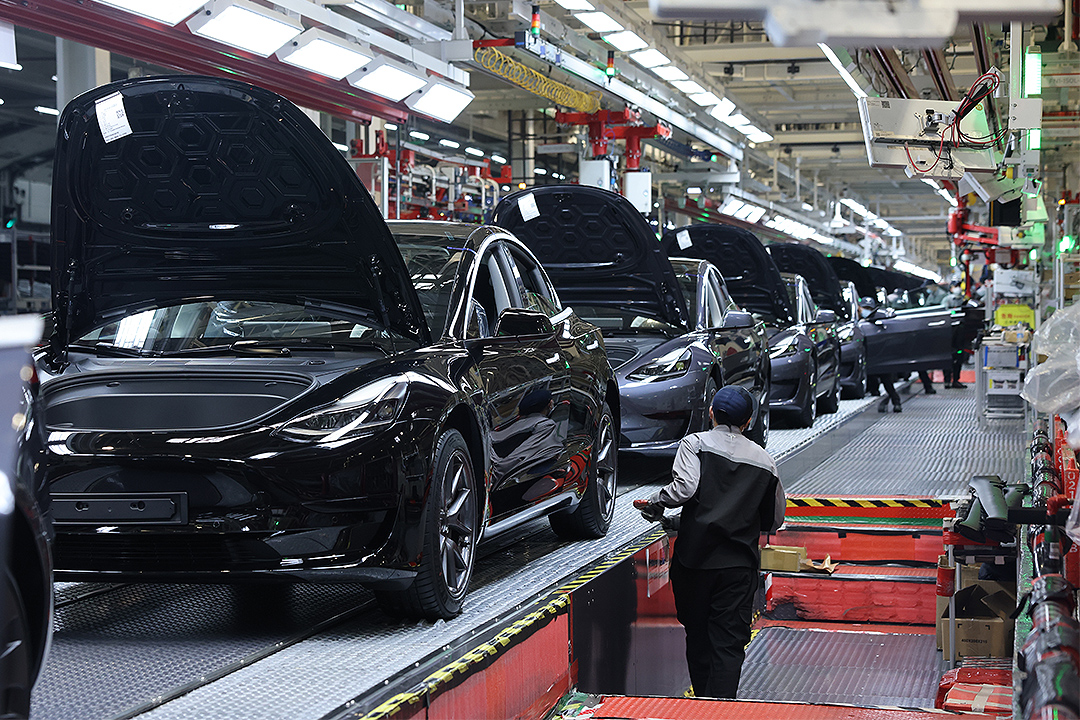 An employee is installing parts including the battery, electric motor, and seats. 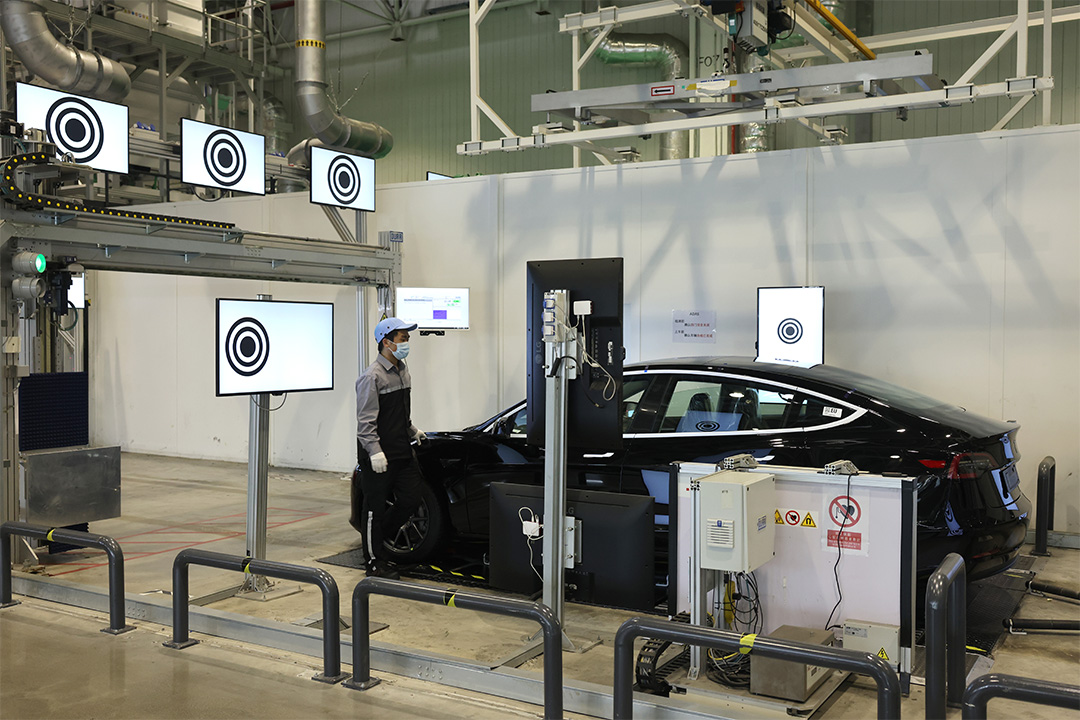 Each car goes through an "eye test" to check that the cameras function properly.