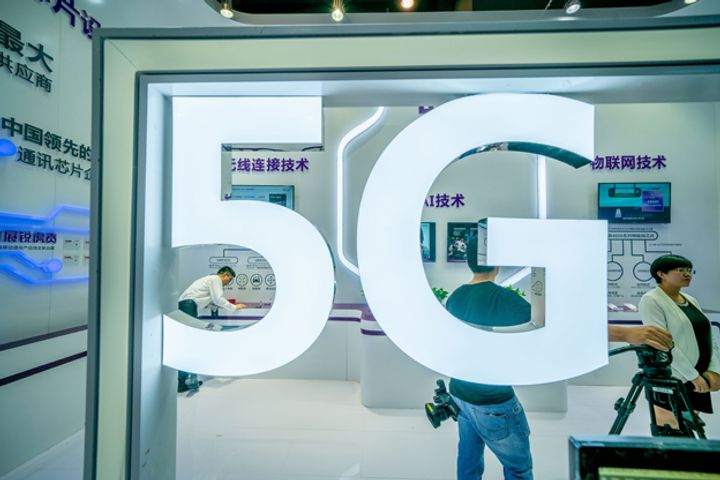 Technology transfers from US firms to Chinese companies has become a sensitive issue. Unigroup Spreadtrum, better known as Unisoc, is a unit of Tsinghua Unigroup under Tsinghua Holdings, a state-backed asset management firm. The unit strictly obeyed all laws and regulations in its dealings with Intel to achieve mutually beneficial results, the company said.

Unisoc did not get access to Intel's technology and is intensifying research of its own 5G technologies, Chief Operating Officer Wang Jingming told Yicai Global.

Intel, one of the world's biggest semiconductor firms, and Beijing-based Unisoc confirmed the end of their tie-up at the Mobile World Congress 2019 in Barcelona, Spain.

"Intel  and Unisoc jointly decided to terminate the cooperation, which was  strictly a business decision," Intel told Yicai Global.

They were to have jointly developed a new 5G smartphone platform equipped with Intel 5G modems for the Chinese market, which was set to debut in 2019 to coincide with the advent of the new wireless system. Intel sought access to the Chinese mobile phone market, while Unisoc wanted to break into the high-end market.

Unisoc said at the time that it was upbeat about its collaboration with California-based Intel, emphasizing the importance of integrating independent research and development and international cooperation on many occasions. Intel is also a shareholder in Unisoc, and the two have had business cooperation before.

Unisoc released a series of 5G products, including a 5G communication technology platform and its first 5G baseband chip at this week's Mobile World Congress, on the same day reports came out that its cooperation with Intel was ending. Unisoc is working on its own 5G modem chip without help from Intel, it announced in Barcelona.

Unisoc independently researched and developed the chip it released which has no connection with Intel, said Zhou Chen, Unisoc's marketing vice president.

The company will gradually release prototypes of data products from the end of the third quarter to the fourth quarter, and tests will be conducted with many operators worldwide to start pre-commercialization, he stressed.