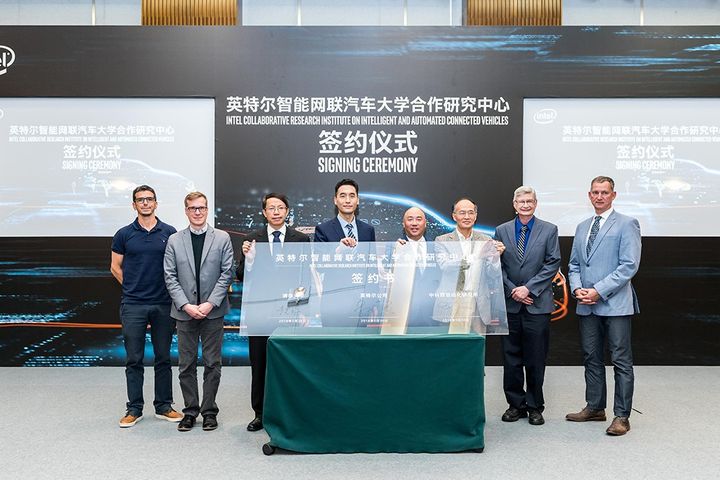 (Yicai Global) May 31 -- American chip giant Intel has set up a research institute in Beijing as it looks to cooperate with China's top universities to study autonomous driving.

The Intel Collaborative Research Institute on Intelligent and Automated Connected Vehicles will see the California-based firm partner Tsinghua University and the Institute of Automation under the Chinese Academy of Sciences, tech news site Iyiou reported.

The center will focus on driverless vehicles, the Internet of Vehicles and large-scale smart infrastructure to support autonomous driving in order to prepare for the popularization of self-driving vehicles in China and the Asia Pacific region's unique geographies, the report added.

Beijing was the second Chinese city to grant licenses for road tests of smart connected vehicles, issuing its maiden permit on March 23 this year after Shanghai beat it to the punch on March 1.  Fuzhou, Chongqing and Shenzhen are among other cities offering autonomous vehicle licenses.

Intel will also work with the two educational institutions to research innovative applications for the Internet of Vehicles and consider how it can be combined with artificial intelligence and 5G networks.

The ICRI is Intel's platform for cooperation with universities and research institutes worldwide. It has already conducted studies into cutting-edge technologies, such as visual computing and mobile network communications, in China, the United States and Europe.