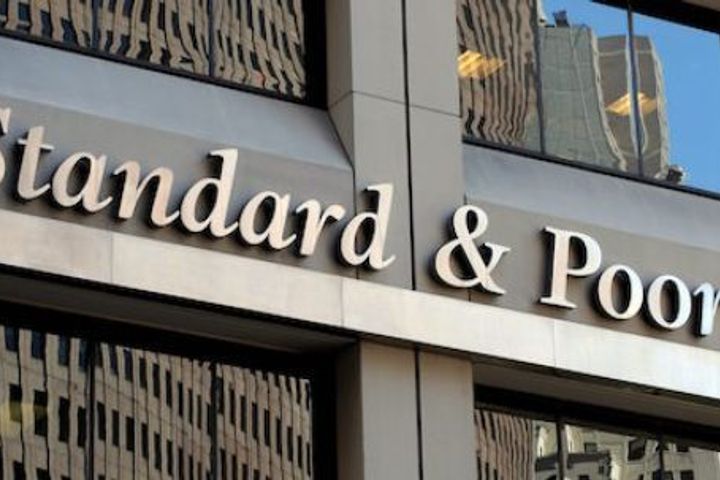 (Yicai Global) Sept. 29 -- Standard & Poor's (S&P) has downgraded China's long-term sovereign credit rating. Ba Shusong, China Banking Association chief economist, and Xiong Wanfang, a PhD Candidate at the School of Economics, Huazhong University of Science and Technology, wrote in an article Yicai Global published that the rating actions of S&P and other international rating agencies must consider unique 'China factors' to deliver a convincing rating for the country. The rating frame of reference of international rating agencies is mainly developed economies, so their rating actions in China are wrong because of obvious flaws in their rating models, and they must undertake appropriate measures to improve their frame of reference.

To judge whether a country's leverage is reasonable and safe not only depends on its current static leverage level, but also on an analysis of the growth rate of its leverage, and whether this balances its economic growth, and whether this growth can cover the cost of debt growth. China's economy is gradually stabilizing in the new growth range, and still maintaining a relatively rapid growth rate that supports its leverage.

The economic consequences are quite different because of the different use of debt: the funds raised via levering are used for consumption, so repayment funds must still be raised separately. This undoubtedly increases the future financial burden on the government. China's debt financing is largely used for investment, and forms assets and cash flow, which lays a material basis for future debt repayment.

As of last year, China's sovereign liabilities were estimated at USD21 trillion (CNY139.6 trillion), with assets of CNY241.4 trillion. Net assets were CNY101.8 trillion. Excluding non-current assets, net assets were CNY20.2 trillion. Thus, there is no 'liquidity risk' in repayment. The risk of a debt crisis has fallen significantly due to the high proportion of assets owned or controlled by the Chinese government.

By the end of last year, China's non-financial enterprise leverage ratio had been declining or flat for two consecutive quarters to 166.3 percent -- the first time after a rise of 19 consecutive quarters. The gap between the ratio of credit to GDP and its historical long-term trends has closed for three quarters in a row in China, and is 4.2 percentage points lower than the first quarter of last year, thereby indicating that potential debt pressure has begun to ease, per data from the Bank for International Settlements (BIS).

Though S&P's downgrade of China's sovereign credit rating sounds a warning to the authorities to pay attention to deficient efficiency in the economy and promote reform, it does not clearly prove that China's credit risk is rising or fundamentals are deteriorating. The main economic indicators show China's economy revealing signs of stabilization after a five-year slowdown, and corporate earnings growth significantly improving. As a result, S&P and other international rating agencies have stagnated in assessing China's economic fundamentals.