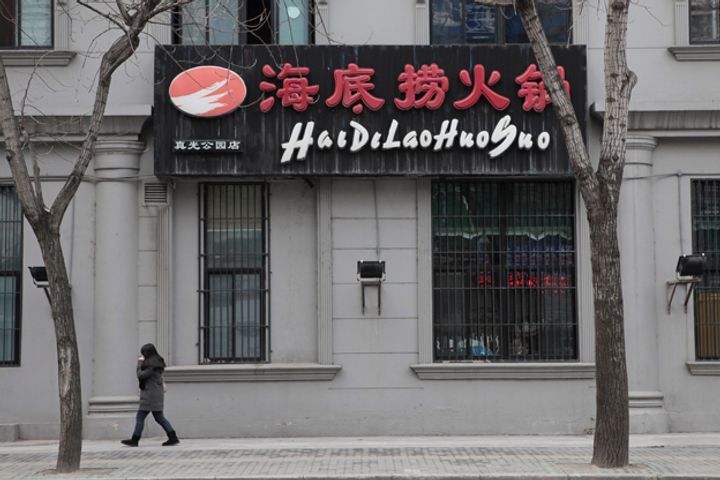 (Yicai Global) Sept. 18 -- Haidilao, the world's largest Chinese restaurant chain, is said to have raised USD963 million in a popular initial public offering despite unexpectedly pricing the Hong Kong listing at the top end of its range.

The public tranche of the offering, which made up 9 percent of the total, was four times oversubscribed, the South China Morning Post reported today, citing unidentified sources. The international portion, mainly for institutional investors, was overbought 21 times.

The Sichuan-style hotpot chain set the share price at HKD17.8 (USD2.27) apiece. It issued nearly 425 million shares, giving the Beijing-based company an implied market value of as much as USD12 billion and would make it Hong Kong's fifth-biggest IPO so far this year, the report said. Stock trading under the ticker HKG:6862 will start on Sept. 26.

It has been hailed as the Hong Kong stock market's most expensive newcomer. The IPO kicked off on Sept. 12 with a minimum 1,000 shares, worth HKD18,000 (USD2,295), per application, financial paper Hong Kong Economic Times reported today. Cornerstone investors include Hillhouse Capital and Morgan Stanley, Haidilao said earlier.

The funds raised will fuel Haidilao's plans to expand in China and venture further overseas, Chief Strategy Officer Zhou Zhaocheng said at a press conference on Sept. 11. It will also invest in smart restaurants that use artificial intelligence and automation to improve food safety and make kitchens more efficient.

Co-founded by ex-tractor factory worker Zhang Yong in 1994, Haidilao became the first domestic caterer to post more than CNY10 billion (USD1.5 billion) in revenue last year. Net profit jumped 17 percent to CNY647 million (USD94.2 million) in the first half of this year on a 54 percent surge in revenue to CNY7.3 billion.

The chain had 360 restaurants as of Sept. 3, over 90 percent of which were in the Chinese mainland. The rest are in Taiwan, Hong Kong, Singapore, South Korea, Japan and the US.