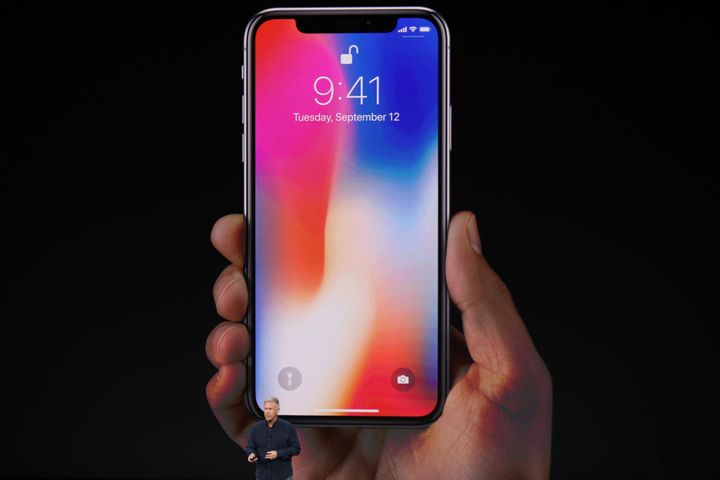 (Yicai Global) Sept. 13 -- Apple Inc.'s [NASDAQ:AAPL] latest handset, the iPhone X, made in honor of the world-renowned handset's 10th anniversary, has been pegged for a Nov. 3 release in China.

The latest model, which runs on an A11 processor, much like the entry-level iPhone 8, comes with double-sided glass and a 5.8-inch dust- and waterproof 'Super Retina Display.' It supports 3D Touch, Dolby Vision, True Tone and HRD display technologies.

The iPhone X has ditched its home button to adopt an all-screen display, while also switching out fingerprint recognition for face recognition. 'Face ID' is even more secure, Apple said, adding that there is only a one-in-a-million chance of it being breached.

Reserving the phone will require a CNY6,000 deposit, with the remainder to be paid when the product becomes available on Nov. 3, an iPhone tout told Securities Daily. The final scalper price for the first batch has not yet been determined, he said, but expects it to be more than CNY20,000 (USD3,000).

Industry analysts believe that Apple is gradually losing its grip on the Chinese market. Once a nationwide dream phone, the iPhone has been knocked aside by local rivals Huawei, Oppo, Vivo, Xiaomi to come fifth in handset sales.

The success of the new handset in China will be critical to Apple. Before July, iPhone sales in China made up about 18 percent of global sales, behind only the US and European markets. However, China sales are declining, whereas those in other regions are on the rise.